The First Attorney General of Financial Affairs for Egypt announced at a continental conference of prosecutors how international legislation is needed to address bitcoin in the light of evidence, he claims, it is being used to fund terror. The country was rocked just two years ago when the the Prosecutor General was assassinated. More recently the acting successor to the position was also targeted, but narrowly escaped an attempt on his life last year.

Moreover, “the meeting comes out of the firm belief of the Egyptian Attorney General of the importance of judicial cooperation between public prosecution organs in other world countries in general and between neighboring African countries in particular,” Mr. Emad explained. 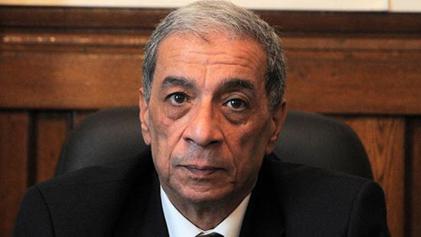 Egypt’s financial AG “shed light on the increase in the bitcoin trade via different websites without disclosing any information about its sources, or bodies that deal with it, making it difficult to track those transfers,” Egypt Today paraphrased.

Mr. Fouda made his remarks at day two of the gathering, under the theme “Combating [and] Prosecuting Cross-border Crimes: Difference in the Public Prosecution on Crimes of a Special Nature and Money-Laundering.”

The link to terror and bitcoin is fuzzy at best, but there is no denying Egypt’s law enforcement body has had a rough go of it in recent years. The present acting top prosecutor in the country, Zakaria Abdel Aziz, just last year was the target of an assassination attempt. Mr. Aziz himself gained the position after his predecessor, Hisham Muhammad Zaki Barakat, was assassinated via car bombing in the summer of 2015.

CoinFlex to Offer ‘Prediction Futures’ about Whether Libra Launches throughout 2020

Kik Hands Off Defend Crypto Frund to The Blockchain Association