Saint Petersburg City Court has struck down a ban on 40 bitcoin related websites offering information about cryptocurrencies and exchange services in Russia. The ban was imposed by a district court in May last year, following a request from the Prosecutor’s Office. It prohibited the “spreading of information” about bitcoin, as well as buying and selling cryptos. 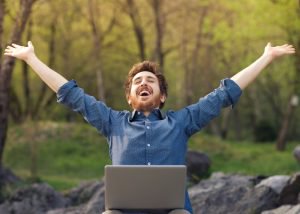 In what seems to be a small, but important victory for the Russian crypto community, the City Court of Saint Petersburg has struck down a ban that affected more than 40 websites related to bitcoin. It was imposed by a district court in May 2017, after a request from the Prosecutor’s Office in the Northern Capital of Russia. The measure effectively restricted access to the internet platforms and prevented the exchange services offered by some of them.

Following last year’s ban, the owners of the websites appealed the local judicial authorities’ decision in the second-largest Russian city. The Oktyabrsky District Court had stated that the spreading of information about bitcoin and the use of cryptocurrencies was illegal in the Russian Federation. Its decision was forwarded to the Russian telecommunications supervisory agency Roscomnadzor, which was supposed to blacklist the sites.

The Case to Be Reviewed by Other Judges

“The actual existence of a cryptocurrency outside the legal frame does not provide for the implementation of legal mechanisms to ensure that the parties fulfil their obligations”, decreed the first instance ruling. The regional court also noted that bitcoin was “not backed by real value” and its use was anonymous. It stated that the Russian ruble was the only official currency in the country, pointing out that emitting other currencies and money surrogates was prohibited.

According to the judges, the cryptocurrency “does not have a subject which guarantees its conditional purchasing power”. They were worried that “the emission and the circulation of bitcoins is completely decentralized” and there was no state regulation. The court warned that cryptocurrencies, like bitcoin, contributed to the growth of the shadow economy and could not be used by citizens and legal entities in the Russian Federation.

Now, the case will be returned to the Oktyabrsky District Court. According to Russian law, it should be reviewed again by a new judicial panel.

Authorities in the Russian capital are still preparing new legislation to regulate the cryptocurrency sector. A law on “digital financial assets” and crowdfunding has been proposed by the Ministry of Finance, despite disagreements with the Central Bank of Russia over the circulation and trading of cryptocurrencies. Many other drafts touching different aspects of the digital economy are also pending in the State Duma. There have been multiple calls to regulate cryptocurrencies in the Russian Federation. Recently, the head of the parliamentary Committee for Economic Policy Sergey Zhigarev proposed legalizing cryptocurrencies in order to attract foreign investments, as news.Bitcoin.com reported.

Federal institutions have been criticized over their slow progress. Interested parties and regional officials have called on the Russian government to catch up with other countries. The chairman of the Financial Market Committee in the Duma Anatoliy Aksakov said its members were trying to speed up the legal process and were ready to introduce the drafted legislation in the lower house of Russia’s parliament. Experts from the crypto sector have said that proposed regulations leave many issues unresolved and need revision before their final adoption.