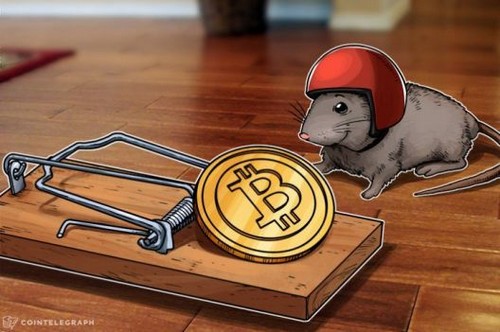 Joseph Grundfest, commissioner for the Securities and Exchange Commission (SEC), and now Stanford Law professor, says that Initial Coin Offerings are an almost comedic violation of securities law, and should absolutely be regulated immediately. He’s so convinced, in fact, that he has been contacting the current administration to pursue them. He said:

“ICOs represent the most pervasive, open and notorious violation of federal securities laws since the Code of Hammurabi… We’re waiting to see a whole bunch of enforcement actions in this space, and we wonder why they haven’t happened yet. I hope what they are doing is planning on a sweep of 50 ICOs.”

The SEC has already pursued action on fraudulent offerings, and other nations have strictly forbidden or warned against ICOs as well. However, the SEC has remained relatively unflustered, with the notable exception of the statements regarding the DAO.

The new investment vehicle has managed to generate a stunning $3 bln in investments through 2017. Most offerings are seeking to make careful inquiry into the jurisdictions that are safe, but many continue to maintain relatively open-ended offerings.

Whether Mr. Grundfest is correct regarding the SEC’s course of action remains to be seen, but the general tenor of the government sector against ICOs may be starting a shift toward enforcement.

Nevertheless, the cryptocurrency market has continued to boom, with the overall market cap crossing the $300 bln mark this weekend. With the surge in new ICOs and the substantial investments in various types of offerings, the market will likely continue to grow, particularly as awareness increases. According to Nawid Habib, ICO HeadStart founder:

“Over 70 percent of people do not believe in centralized institutions and the establishment as we know it. On top of that, the current financial institutions do not (want to) understand the possibilities of Blockchain in general while the mentioned 70 percent of the people actually are starting to understand and engage. These high demands and investments into cryptocurrencies are likely to be driven by infinite possibilities of Blockchain such as decentralization, smart contracts and unparalleled returns.The decentralized nature along with anonymity and freedom, coupled with little to no fees is what attracts most loyalists.”