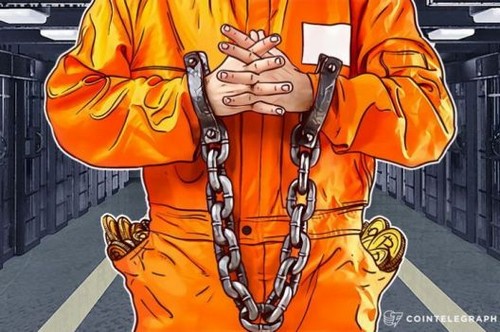 The Kenyan police have arrested three peer-to-peer Bitcoin brokers Emma Kariuki, Stanley Mumo, and Timothy Gachehe for allegedly trading stolen money through the local trading platform LocalBitcoins. The funds were reportedly stolen by a person using the pseudonym “BADASS20” from the I&M Bank and a Safaricom Pay Bill account.

According to a report by regional media Kenyan Wall Street, the anonymous thief has stolen KEH 10.2 mln (around $100,000) from the financial establishments and used the money to purchase Bitcoins via the exchange LocalBitcoins.

The local police were able to trace the stolen money to various bank accounts, including those owned by the arrested Bitcoin traders.

During the police investigation, the traders claimed that they were not aware that the money used by the anonymous thief to buy Bitcoin was stolen and they were just doing what they claimed as a “normal” trading activity. Based on their chat history on the trading platform, they seem to be telling the truth.

In spite of their seemingly valid defense, the Kenyan Banking Fraud Investigation Unit (BFIU) still arrested the traders and froze their bank accounts. The brokers, however, were able to post bails and were eventually released. They are scheduled to attend a preliminary hearing in December 2017 in advance of a full hearing in January 2018.

State of cryptocurrency trading in Kenya

The digital currency peer-to-peer (P2P) market in Kenya is flourishing despite the warning issued by the country’s central bank in 2015, advising citizens to refrain from transacting Bitcoin and other virtual currencies.

This latest case of banking fraud involving the cryptocurrencies is expected to have a chilling effect on the local virtual currency market. It remains to be seen, however, if this incident will compel the government to introduce drastic measures to regulate the market or the industry players will just consider it as an isolated case and ignore it.

Ethereum’s Constantinople Hard Fork To Ropsten Testnet In October, No Date For Mainnet Yet

Free Software Messiah Richard Stallman: We Can Do Better Than Bitcoin