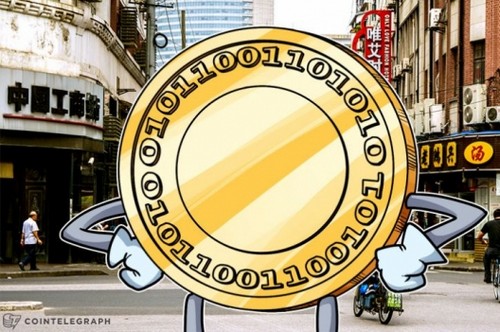 Governor of the People’s Bank of China (PBoC), Zhou Xiaochuan, said in a press conference that authorities are not rushing to issue a national digital currency and still do not recognize Bitcoin as a legitimate payment method, reports China Daily on March 9.

“We do not currently recognize Bitcoin and other digital currencies as a tool like paper money, coins and credit cards for retail payments. The banking system does not accept it.”

As part of a press conference at the annual National People’s Congress, Zhou said the PBoC “must prevent substantial and irreparable damages” to the domestic economy. At the same time, Zhou offered that digital currency will ultimately diminish cash circulation. Local news media outlet China Daily quoted him saying the development of digital currency is “technologically inevitable.”

While the PBoC has been active in monitoring the development of Blockchain and distributed ledger technology, Zhou added that certain applications of the technology should be controlled to ensure they do not propagate too fast:

“If they [Blockchain technologies] spread too rapidly, it may have a big negative impact on consumers. It could also have some unpredictable effects on financial stability and monetary policy transmission.”

In February 2018, fellow state-run institution Bank of China filed a patent for a Blockchain system-scaling solution.

Beijing continues to take a hardline stance on decentralized cryptocurrencies such as Bitcoin, with a ban on Initial Coin Offerings (ICOs) since Sept. 2017 and continuing crackdowns on the few remaining vestiges of private trading. Last month, China added offshore cryptocurrency exchanges and ICO websites to its “Great Firewall”.

While the legal landscape surrounding cryptocurrencies in China has been unpredictable, businesses continue to push against the status quo and maintain connections with the crypto industry both at home and abroad, Cointelegraph reported March 7.

What We Can Learn From Telegram’s Token Troubles