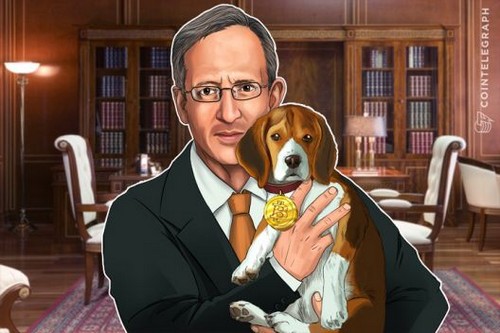 Bank of England Deputy Governor, Sir Jon Cunliffe, has claimed that the leading cryptocurrency Bitcoin poses no real threat to the global economy and financial institutions despite its current phenomenal performance in the market. The most famous digital currency has recently surpassed the $11,000 level as of late November 2017.

In an interview with BBC Radio 5 Live, Cunliffe reasoned out that Bitcoin was too small to present any threat to the worldwide economy. He added that investors should do a comprehensive analysis of the reasons behind the virtual currencies phenomenal rise to avoid risks.

This is not at a size where it’s a macroeconomic risk to the global economy, but when prices are moving like that, my view would be investors need to do their homework. This is not a currency in the accepted sense. There’s no central bank that stands behind it. For me, it’s much more like a commodity.

Bitcoin has registered an unprecedented price hike in the past few weeks that led many analysts and experts to speculate on how much further it will grow in the future. Well-known investor and billionaire Mike Novogratz has made a new forecast that Bitcoin will reach a price of $40,000 in the next 13 months after successfully predicting that the virtual currency will hit up to $10,000 within six weeks.

In his own prediction, strategist and co-founder of Fundstrat Global Advisors, Tom Lee, has claimed that Bitcoin could reach a price of $100,000 per token if it will successfully capture 10-15 percent of the current gold market.

“We think over the next 10 years, this new generation of millennials are going to view trust as a replacement for gold. So, Bitcoin is essentially digital gold for another generation.”

YouTube Added as Defendant in Class Action Lawsuit Against BitConnect