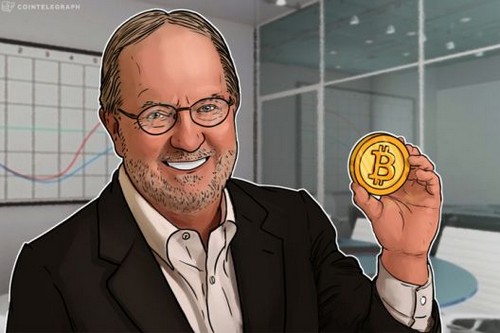 Gartman Letter creator and former trader Dennis Gartman has said Bitcoin will trade “below $5,000” and that it is “one of the silliest things in a long time.”

In two appearances on newly Bitcoin-bearish TV network CNBC, Gartman stressed the implausibility of the virtual currency and said he would have no contact or exposure to it.

“I’m very bearish on Bitcoin, I think it’s one of the silliest ideas I’ve heard in a long time,” he told its Futures Now segment Saturday.

“I won’t trade it. I won’t be long of it. I won’t be short of it,” he announced, failing to see the merits of “some sort of an asset that has no real asset value behind it.”

The Wall Street veteran’s perspective is typical of the highly critical approach a diminishing number of traditional finance figures continue to hold on Bitcoin.

While some of the most famous naysayers have either U-turned or quietened down on the topic, some, including central bank chiefs and even entire governments, maintain that it will evaporate.

For its part, while previously adopting a neutral stance on Bitcoin, CNBC recently turned the tables dramatically, publishing practically all warnings about investing in it while championing the alleged benefits of an altcoin, Bitcoin Cash.

The network’s Fast Money segment has been especially vocal, its Twitter account causing a stir when it published pro-Bitcoin Cash material some considered was verging on aggressive in nature.

#bitcoin closing out 2017 on a …. pic.twitter.com/iSXHLWU0mX