Friday, March 8 – cryptocurrency markets are trading sideways, remaining relatively quiet with moderate losses throughout the top 20 coins, according to Coin360.

The leading cryptocurrency Bitcoin is up 0.5 percent during the past 24 hours, and is trading at around $3,942 at press time. BTC began the day at $3,921, hitting its highest mark at $3,947 in the middle of the day before reaching its current price. 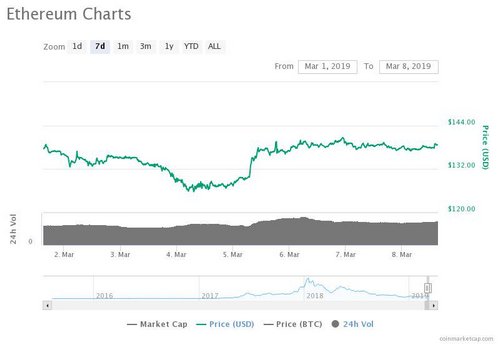 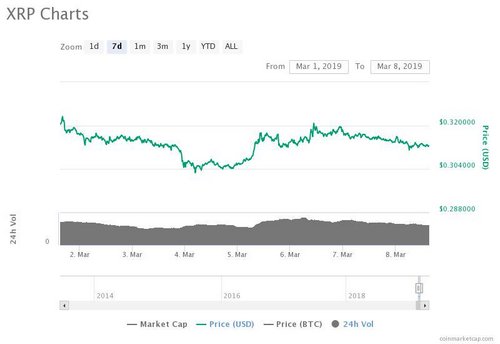 The third largest cryptocurrency by market cap Ripple (XRP) is also down by 0.82 percent over the day, and is trading around $0.312 at press time. Over the past seven days XRP is down by 2.5 percent. 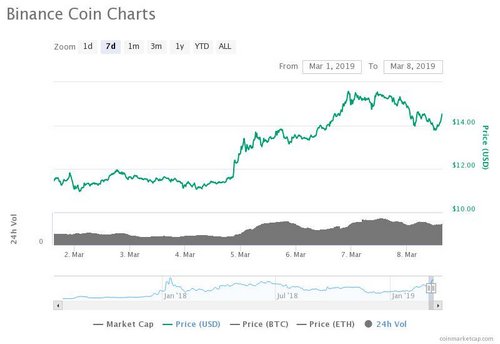 Binance Coin (BNB) has stood out among other top 20 coins, losing over seven percent on the day. The altcoin is trading at around $14.46, while its daily trading volume is around $2 billion, according to CoinMarketCap. On its weekly chart, BNB is still up 26.37 percent. 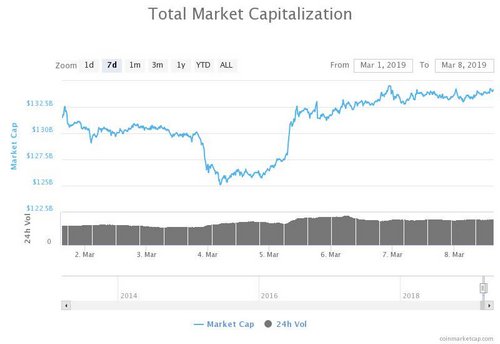 During the last week, total market capitalization of all 2,102 coins on the CoinMarketCap list has demonstrated a gradual increase to the current price point of $133.9 billion, with a mild decrease to $125.1 billion on March 4.

U.S. West Texas Intermediate (WTI) crude futures slumped by 58 cents, or 1.02 percent over the day, and is trading at around $56.08 at press time. CNBC reports that earlier today WTI lost more than 3 percent reaching the three-week low at $54.52.

Brent Crude futures are down 0.77 percent, or 51 cent on the day, and are trading at around $65.79. The international benchmark for oil prices was reportedly on pace for a roughly 1 percent gain on the week.

Bitcoin Bears May Not Be Over Yet, Will Black Friday Turn Red?