The top-ranked cryptocurrency by market capitalization has long broken out of its short-term correlation with the U.S. stock market. But, a potential equities correction in the near-term raises the probability of a pullback in all high-risk and speculative assets.

Warren Buffett and Berkshire Hathaway remain reluctant in spending its $137 billion cash pile. Their cautious stance towards the abrupt recovery of the U.S. stock market may spoil the recent Bitcoin rally.

Technically, Bitcoin has more reasons to fall than to rise from $9,000

The Bitcoin price saw a vertical rally to $9,500 in a short period of time. It took less than two months for BTC to rise by nearly three-fold from $3,600.

Much of the positive sentiment around the upsurge of Bitcoin in April was attributed to the dominance of organic spot volume. It suggested that from $3,600 to mid-$7,000, retail investors accumulated BTC.

In previous rallies, spoof orders coming from the futures market created speculative short-term bubbles that burst as soon as a large whale triggered a cascading sell-off.

While high spot volume from exchanges like Coinbase can be considered an optimistic piece of data, it cannot solely justify the sustainability of such a large rally within a two-month span. The same way Buffett is struggling to find value in the stock market to lead major acquisition deals.

Speaking at the annual Berkshire Hathaway shareholders meeting, Buffett said that $137 billion is not a large cash pile if bad things start to pile up in the market. Berkshire has major stakes in leading conglomerates like Coca Cola and Kraft Heinz. If the market begins to go in the opposite direction than analysts anticipate, the cash pile can be used to assist Berkshire’s portfolio companies.

Bitcoin is at a point where it faces strong overhead resistance in the $9,500 to $9,900 range and the U.S. equities market is still rattled by the economic consequences of the coronavirus pandemic.

Given the cyclical nature of Bitcoin, technical analysts weigh towards a correction for Bitcoin after its highly anticipated block reward halving on May 12.

Not all bearish for BTC, especially in the long-term

Bitcoin is a deflationary currency because its supply of 21 million BTC is fixed and cannot be altered. As such, any event that significantly impacts the supply of BTC will have a profound effect on the price of the cryptocurrency.

The halving decreases the rate in which new BTC is introduced to the market as Bitcoin moves towards capping its 21 million supply. As it gets closer to the figure, theoretically, the Bitcoin price is expected to increase and break out of its previous cycles.

The sentiment around stocks and high-risk assets remains cautious due to the uncertainty expressed by major investors like Buffett. But, over the long-term, data suggests Bitcoin is likely to persevere.

Long-time investors like Max Keiser are not impressed by Buffett’s recent investment decisions and his view of Bitcoin, however, adding that BTC outperformed most assets, including gold, in the past two months. 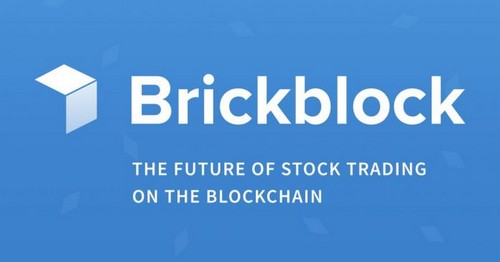 Overview of the Biggest Lawsuits Worldwide