Per the release, Haney has been charged with money laundering. He allegedly used cryptocurrency to launder more than $19 million of profits earned selling illegal drugs on the now-defunct darknet market Silk Road.

Berman commented to the development:

“Today’s arrest should be a warning to dealers peddling their drugs on the dark web that they cannot remain anonymous forever, especially when attempting to legitimize their illicit proceeds.”

Angel M. Melendez, Homeland Security Investigations (HSI) special agent-in-charge, pointed out that — after Silk Road was closed in 2013 — cyber criminals simply sought other ways to “continue their criminal activities and more importantly launder their illicit digital currency.” Haney was allegedly one of those criminals. Melendez concluded:

“HSI special agents employed blockchain analytics to uncover and seize bitcoins valued at $19 million and usher Haney out of the dark web shadows to face justice in the Southern District of New York.”

The press release suggests that Haney operated on Silk Road under the pseudonym Pharmville. U.S. law enforcement reportedly made multiple controlled purchases of narcotics, including oxycontin, from Pharmville in 2011 and 2012. Those purchases resulted in a judicially authorized search of Haney’s house in Ohio in 2018.

The investigation allegedly exposed evidence that Haney was a high-ranking member or administrator of the Pharmville account. In 2017 and 2018, Haney reportedly transferred his Bitcoin (BTC) proceedings to a cryptocurrency exchange. In correspondence with the exchange, Haney claimed to have obtained his BTC through mining and from individuals he met online.

When Haney exchanged his cryptocurrency for fiat currency and moved it into an HSI bank account, the funds were seized pursuant to a judicially authorized seizure warrant from a custodial account at a bank in the Southern District of New York.

As Cointelegraph reported earlier this month, $515 million in Bitcoin had been spent on illegal activities in 2019 as of the beginning of July, but this only accounted for 1% of total BTC transactions up to that point.

In May, German police, along with Europol, shut down servers of a dark-web marketplace and seized six figures in crypto from the arrested suspects.

No, Bitcoin Price Is Not in a 2018-Like ‘Descending Triangle’ of Doom 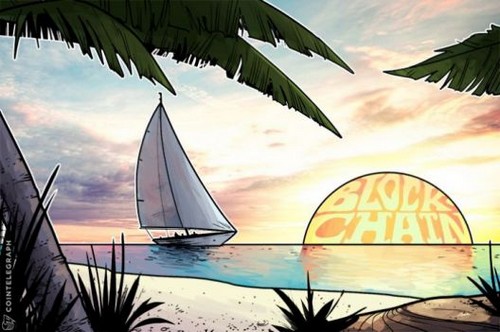