DENVER – Calling them “willfully dishonest,” Colorado’s Office of Funeral Home and Crematory Registration has revoked the license of Heritage Cremation Provider, a cremation service that has been the subject of an ongoing CBS4 investigation.

The agency pulled the license Dec. 15, 2017, after numerous consumers filed complaints against the cremation service.

“They were scam artists. No soul, no integrity, no ethics,” said Lisa Koltun, whose son Jake died in a ski accident in 2015.

An internet search led her family to Heritage since their site suggested they were located in Boulder and said they offered “trusted cremation services in Boulder … family owned and operated for over two decades.”

But a CBS4 investigation found the company only got licensed in Colorado in 2013 and actually had no cremation facilities in the state. In its disciplinary proceedings, state investigators wrote that Heritage “has a website that creates the appearance that Respondent is a funeral establishment in every city and state throughout the country.” The state further found that Heritage “fails to notify its customers that it outsources funeral services or cremations to third party funeral establishments or crematories”.”

Lisa Koltun said at one point the company either couldn’t or would not tell her where her son’s body was located.

“It was the beginning of a nightmare dealing with this company. They had no idea where Jake’s body was,” she said.

Deanna Jackson shared a similar story with CBS4. When her grandmother died in 2016, Jackson searched the internet and found Heritage, believing they were a local company based on their website.

“Everything on this site gave me the impression they were local. It’s disheartening to find out we were misled,” Jackson said.

“It breaks my heart to know, blue collar, white collar — there’s families out there being taken advantage of.”

Although Colorado stripped Heritage of its operating license in mid-December, CBS4 found their website was still up and running in January and the company said it would still offer cremation services in Colorado.

When CBS4 called the company’s 800 number in January and inquired about a cremation, the company indicated they were willing and able to arrange a cremation in Colorado.

In a follow up phone call to A.J. Daulerio, the registered agent for the cremation company, Daulerio professed no knowledge of his website still operating.

Daulerio said he was simply transferring Heritage’s business to a sister entity, Legacy cremation services, which had not had its license revoked.

“Heritage is no longer in business,” he said.

When asked why the company website was still up, the 800 number was still operating and it was still offering cremation services, Daulerio called a CBS4 reporter a “lowlife” and thundered “Don’t call here anymore.” 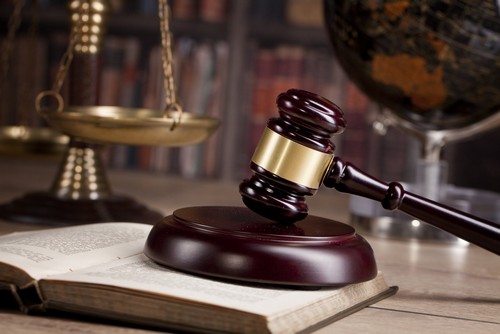