Squire, a Canadian mining company recently announced the creation of “next-generation 10nm ASIC chips”. To bring this revolution, the firm is teaming up with Samsung Electronics and South Korean company Gaon Chips. The objective of the partnership is to strengthen the design and production of 10-nanometer ASIC chips for Bitcoin mining equipment. 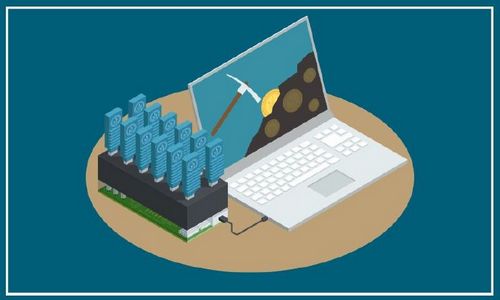 The Details About those 10 NM ASICs

These are some of the details of the emerging deal that could introduce competition to a market that is otherwise dominated by Bitmain:

Squire’s latest ASIC development announcement constitutes the next phase of the plan that the company announced in August. The August announcement points out its future plan of launching “next generation 10nm ASIC chips” after securing “multi-million-dollar private equity financing”.

In an announcement, Squire says that South Korea will be a suitable location to manufacture these next-gen ASICs. The announcement states the following: “On August 1, 2018, we announced that Squire had engaged an undisclosed arm’s length design fabrication firm to perform the back-end design, testing, and initial mass production run of our next generation ASIC chip for mining Bitcoin Cash, Bitcoin, and other associated cryptocurrencies. We are delighted that we are now able to disclose Gaon Chips as our design house and Samsung Electronics as our foundry partner.”

From Minerals to Bitcoin

Squire mining is basically a mineral mining firm and is now evolving to develop, manufacture and sell data mining infrastructure which includes ASIC chips and mining rigs. The firm also notes that their new move in crypto is “to support global blockchain applications in the crypto asset mining space”.

Gaon Chips will work with Squire’s developers and programmers and once both companies reach a specified goal – i.e. Squire’s initial ASIC chip – the Samsung team will join as a producer. Samsung will then begin its production for preliminary testing. The first prototype will allow for the testing of the ASICs and the software. It will also allow these companies to see how the whole system will work.

The test will check the transistor matrix that will be put in place where the connections integrate as per the design. Furthermore, Squire plans to launch a field-programmable FPGA logic gate array by the end of the month that will also require testing: “In addition, once a working FPGA prototype of our initial ASIC chip is developed, we will be able to aggressively accelerate the design and development of our initial mining rig for Bitcoin Cash, Bitcoin, and associated cryptocurrencies.”

This is not the only mining initiative that Samsung will be involved with. A partnership with Halong Mining, formerly known as Dragonmit T1, aims to deliver Samsung chips for ASIC mining rig production. This can change the mining hardware landscape for Bitmain, bringing more competitors with high quality equipment to the fray.

Tabassum is an enthusiastic author, web geek, writer & digital marketer, with experience writing for tech, digital and cryptocurrency blogs. Connect with her on Twitter @tabassumnaiz