The future is arriving—it’s just completing a trip nearby first. 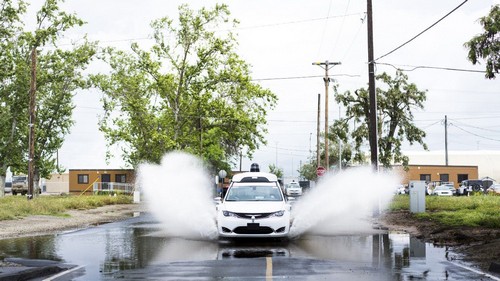 Waymo, the self-driving car division of Alphabet, announced today that it has begun testing its autonomous vehicles with no human sitting in the driver’s seat in Phoenix, Arizona.

Waymo, which started life as a project within Google’s moonshot research lab, has been developing autonomous vehicles for over eight years. It completed its first successful test of a ride-hailing service two years ago, when it ferried a blind man in the Austin, Texas, area, and has since been testing its service with engineers in the front seats of its vehicles. Today’s announcement signals that Waymo believes it’s ready to start trusting robots to get us safely from one place to another without any human intervention.

Waymo’s vehicles will now be able to take people who signed up to be early testers of the service anywhere in the greater Phoenix area, which the company says will soon comprise an area larger than that of Greater London. (That being said, the relative congestion levels and complexity of street routes in the UK’s premier city are almost certainly far, far greater.)

Waymo did not specify how many cars will be on the roads for the beta program, but described it as a “fleet.”

Although it has outlined its autonomous vehicles’ safety procedures in the past—and today’s announcement mentioned the word “safe” 10 times—Waymo wasn’t immediately available to explain how riders will actually be able to halt a ride if they feel unsafe. Most of the measures Waymo has described in the past have involved a human taking over control of the car from the driver’s seat, but that would be quite difficult to do from the back of the car. The company also wasn’t available to comment on whether Waymo employees will be able to remotely terminate a ride.