BitCar, a Singapore-based blockchain startup, has announced that AlphaBit, a fund launched last year, has purchased a “substantial number of BitCar tokens.”

AlphaBit, a hybrid between an open-ended mutual fund and a hedge fund, raised US$300 million last year to invest in digital currency assets around the world.

“We believe that the tokenization of tangible assets is a significant emerging trend in the blockchain technology space and we see BitCar as having an enduring business model for tokenizing assets in the automotive sector.”

BitCar is building a blockchain-powered platform that would allow users to hold and trade tokens that represent ownership of rare and exotic cars. By tokenizing exotic cars, BitCar says it will allow for direct, fractional ownership into “one of the best performing asset classes of the last decade.”

According to BitCar executive Charles Kilborn, the BitCar token intends to become “the main cryptocurrency for the automotive industry,” a sector that “has yet to see any disruption from blockchain technology.” 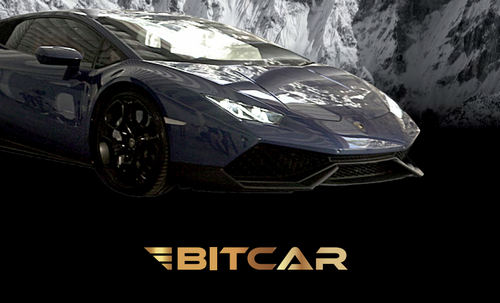 In a recent interview with Arabian Business, BitCar car specialist Daniel Woodroof explained that BitCar sees the United Arab Emirates and the rest of the Golf Cooperation Council as a “natural fit” for the startup.

“We think it’s perfect. It targets both of the verticals we’re in, cars and cryptocurrencies,” Woodroof said. “There is a huge amount of interest in crypto and blockchain technology in this part of the world, and, of course, this is the region with the highest amount of luxury cars per capita in the world.”

“If we’re able to open that up to even more people in this region through fractional ownership, I definitely think the interest is already there.”

The BitCar platform will be developed to be a fully decentralized autonomous platform. The company plans to commence live trading in Q3 2018.