In an effort to curb pollution, China has banned fireworks in over 440 cities, including Beijing, since last year. This could have a huge effect on Lunar New Year celebrations, where fireworks play an integral part in the festivities. Traditionally, firecrackers and fireworks are set off in the early morning hours for the 15 days of the spring festival to drive away evil spirits and usher in good luck in the new year. 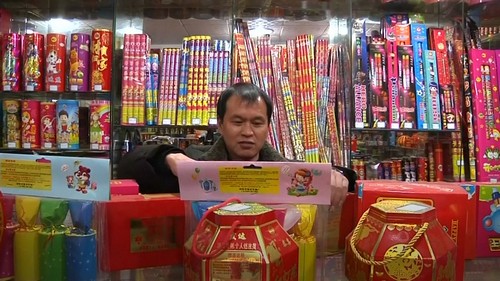 The Chinese government is cracking down on fireworks.

Liuyang, a city of 1.3 million and the capital of China’s fireworks industry, is feeling the effects of the ban. Business is slow, and customers are scarce in normally bustling storefronts. Some store owners complain of a 30% drop in sales from last year.

People in Liuyang have been making fireworks for around 1,400 years, and a remarkable portion of the manufacturing process is still done by hand. Workers gather the combustible powder from bunkers high in the hills before transferring them into canister shells.

To learn more about Liuyang and the firework ban, watch the video above.