This story is part of a series calledCraigslist Confessional. Writer Helena Bala has been meeting people via Craigslist and documenting their stories for over two years. Each story is written as it was told to her. Bala says that by listening to their stories, she hopes to bear witness to her subjects’ lives, providing them with an outlet, a judgment-free ear, and a sense of catharsis. By sharing them, she hopes to facilitate acceptance and understanding of issues that are seldom publicly discussed, at the risk of fear, stigma, and ostracism. Read morehere. Names have been changed to protect her subjects’ anonymity. 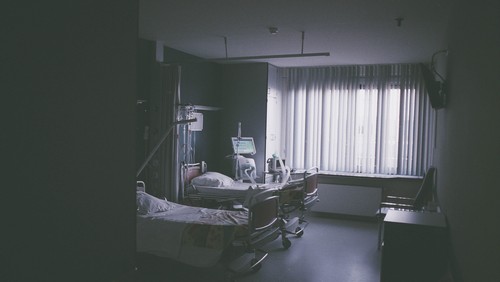 I was peacefully asleep that morning when I felt my dad roughly shaking my arm.

“Callie, Callie. Sweetheart, wake up. Mom is sick. We need to take her to the hospital.”

My mom had been “off” for months. She seemed depressed. My brother and I went to school, my father to work, and when we got back home hours later, we always found her where we’d left her—still in bed or on the couch. The dishes in the kitchen were untouched, so we knew she hadn’t eaten all day. She spent those months in her nightgown, her hair an unruly mess. She started getting the gray pallor, the sunken eyes, the passive glance of people who seem to slowly be seeping life.

My dad and brother carried her to the car that night, and I followed a few steps behind. Her legs dangled underneath her, almost lifeless, and the tip of one of her shoes caught a bump in the path and fell off. I remember picking it up and holding on to it all night.

She fell into a coma and never woke up. On Mother’s Day that year, we visited her in the nursing home. Her head was shaved where the doctors had operated on the tumor. We made her cards and read them to her out loud. Her eyes fluttered and my dad said that that was her telling us that she was listening—that she heard us.

A bout of pneumonia took her in October. We’d just moved to a new state right before she got ill, so we didn’t have a funeral for her.

“We know no one,” I remember my dad saying. “Who would come?”

I didn’t find out where she was buried until many years later. She’s all alone, in a military cemetery several states away from her home. Nobody has gone to visit her since she died.

In February—four months after my mom died—my dad married a woman that he barely knew. She moved in with us and rid the house of everything that was my mom’s, and we never spoke about her again. Later that year, in December, she gave birth to their son. I was eleven. I wanted a mom, so I asked her if I could call her “mom,” and she said yes.

But our home life became rocky. My dad seemed to crave a fresh start—it was almost as if he wanted to forget about us and about mom. He rushed into the marriage—I guess he was afraid of having to take care of a bunch of children by himself—before he really got to know his new wife. So I got out of there as fast as I could—I went off to college, got married, and then got pregnant and had a daughter of my own.

I never wanted to be a stay-at-home mom. I wanted to be a teacher, and I have my degree. But when I gave birth to my daughter, my anxiety got a lot worse. I guess I’m still afraid that it will happen to her—that she’ll be asleep in her bed, safe and sound, with her whole world safely wrapped around her, and then she’ll be woken up to find out that everything has been taken away.

As he’s gotten older, my dad has softened up—he’s started talking about my mom a little bit more. He tells me that I look like her. He gave me a necklace of hers that he’d kept, secretly, for years. And I’ve started to remember her a lot more, too. Sometimes, as I’m going about the housework or putting my daughter to sleep, I swear I can smell tuna fish and Cheetos in the air. Before she got sick, we used to sit in front of the TV together and watch The Price is Right, and that was our favorite thing to eat—tuna fish and Cheetos.

I turned 36 this year. My daughter just had her birthday—she turned 11, the age I was when my mom died. Leading up to Mother’s Day, I felt like something was going to happen to me. So I hugged her too tight, and I looked at her too long—trying to memorize her face. And I begged God to spare her.