A county in Britain is asking the government for special permission to circumvent broad immigration laws because of a drain on labor. 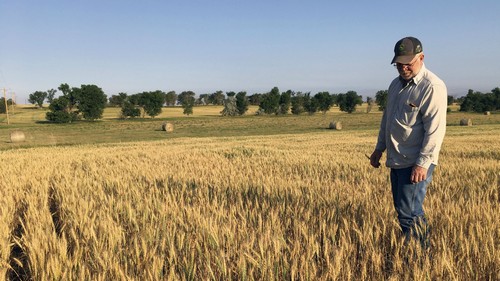 Crops in Cornwall are literally “rotting in the fields” because since the Brexit vote there aren’t enough migrant workers to reap the harvests, according to media reports. Based on research prepared by the local council in Cornwall, farm staff levels have plummeted to just 65% of what would typically be needed to complete the necessary agricultural work.

“Changes to migration laws after Brexit could lead to multi-million pound losses to the Cornish economy if the horticultural industry can’t access the skills and workforce it needs,” according to the research.

The county is hoping the government will implement a so-called location-based approach for managing the migrant workforce. That request comes after 56% of voters in Cornwall approved in June 2016 the UK’s plan to leave the European Union.

The referendum’s result put added pressure on the UK agricultural sector. The country imports more than a quarter of its food from the EU. In 2015, the UK exported £18 billion (at the time about $26 billion) worth of a food and drink, a number that’s dwarfed by the £38.5 billion it spent to import food and drink that same year.

Riviera Produce, one of the biggest agricultural producers in Cornwall, sent a stark message to the government about the importance of installing flexible immigration laws. “If we put strict limits on Eastern European migrant labour or devise alternative immigration policies that limit so-called ‘low-skilled’ labour, the Cornish horticultural industry is finished,” said David Simmons, a managing director of the company.

The US is talking about “great power competition.” What does that mean?