I often ask MBA students to write about a work experience where either good or bad management was prominent. Can you guess which type, good or bad, 85% or more of them describe? Regrettably, most people can. 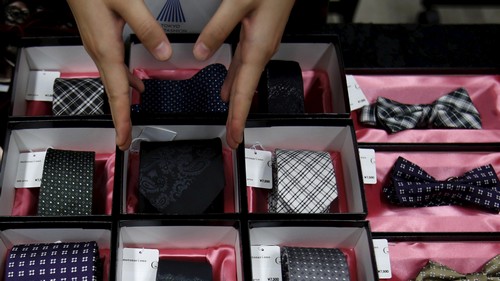 Work cultures create this type of bad management by demanding managers take credit for tangible accomplishments in order to be seen as worthy of a promotion and by requiring a massive pretending effort just to be seen as competent. Chances are you’ve worked in a company with this type of culture: Managers must appear objective, to always be putting company interests first, and to be working without bias or noteworthy imperfection. In response, they develop the negative skill sets required to hide performance flaws, fake team-mindedness, override sensibilities, and cope with apprehension about what owning up to a mistake can cost one’s career.

With so many incoherent expectations to be met, managers lose their grip on authenticity and fail to handle basic human interactions. Not realizing what their managers are coping with, employees take the neglect, self-absorption, and dereliction they receive personally. Of course they do: it’s demoralizing and prevents them from performing their best.

To visualize what I’m describing, consider how you would like to be managed. Do you want a manager under the gun to demonstrate progress and be seen leading the way—deploying you and stipulating how things should be done? Do you want a manager taking credit for what you accomplish and who rises in the hierarchy because of it?

Wouldn’t you prefer a manager who takes the time to learn your aspirations, appreciates your talents, respects your limitations, and sees his or her job as helping you work independently and be your most effective self? Someone taking an other-directed focus who makes sure you get credit and recognition for what you accomplish and helps you advance in self-meaningful directions for doing so?

I know, it doesn’t have to be only one or the other scenario. But working in a culture that pushes managers to “move up or move on” makes most managers too insecure to get other people straight and too controlling to solicit their truths. Given all the “good management” pressures managers face, an other-directed focus requires too much time and yields too little credit.

All managers say they want their reports to trust them and candidly tell them what they think. Metaphorically they claim their “office door is always open.” But with all the inauthenticity and negative skill sets they exhibit, it’s a message few others will buy.

The way to get authentically good management behavior requires a completely different management mentality than what the culture at large insists on today. It means leaving behind the constant need for attributable immediate output and accepting that not every win will be easy to document.

Instead of advocating for this shift, too often managers just claim that who gets credit makes no difference. They allege “we’re all on the same team, everything accomplished benefits all.” But whose boat rises with the tide? That of the image-conscious manager exerting control and taking credit, or that of the other-directed manager staging for others to accomplish and succeed?