The move comes just a handful of days after BuzzFeed reported the account of a former staffer who said she was fired by the congressman for resisting his sexual advances, then paid a settlement “more than $27,000” for a confidentiality agreement. 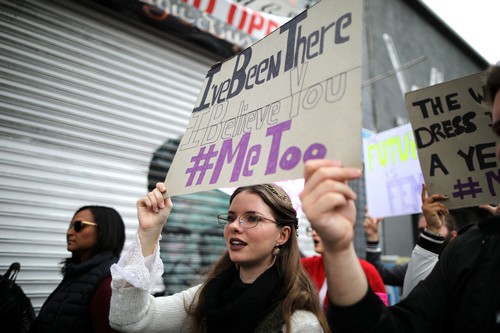 Conyers confirmed the settlement, but denied the harassment accusation, likening it to a “reasonable severance payment.”

I deny these allegations, many of which were raised by documents reportedly paid for by a partisan alt-right blogger. I very much look forward to vindicating myself and my family before the House Committee on Ethics.

I cannot in good conscience allow these charges to undermine my colleagues in the Democratic Caucus, and my friends on both sides of the aisle in the Judiciary Committee and the House of Representatives.

Conyers’ self-dismissal from the panel has notably caused a stir within an embattled Democratic party, with House Democratic leader Nancy Pelosi calling for “due process” on NBC’s “Meet the Press” and questioning Conyers’ accuser for not publicly coming forward.

The allegations against Roy Moore have contributed to an escalating political standoff, with Moore still refusing to abandon his candidacy for the Alabama senate seat vacated by US Attorney General, Jeff Sessions. Donald Trump—accused of sexual misconduct by 17 women to date—has publicly given his complete support of Moore.

Meanwhile, John Conyers stands out as one of the most senior actively serving Democrats in the US Congress who’s been accused of sexual harassment.

As the Washington Post reported earlier this month, Congress has paid out more than $17 million in employee-related settlements since 1997. The settlement issued by Conyers wasn’t in that pool, with the payment instead coming from his own office’s budget.