There’s nothing new about what Netflix is doing in film, says Christopher Nolan. What’s different is selling it to Wall Street as innovation. 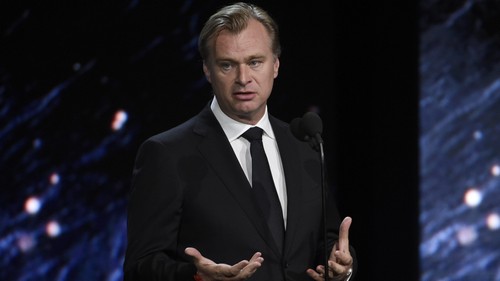 The Dunkirk and The Dark Knight director, who has both slammed and praised the streaming service in interviews, likens Netflix’s model of sidelining cinemas by sending its movies to streaming first to the old straight-to-video releases that have long held a stigma in Hollywood.

Straight-to-video releases—movies released first on video tape without playing in theaters—have been around since the 1990s. Before Netflix obsoleted the video store, movies could turn a profit without ever hitting in theaters if enough copies were sold to video stores and rented to customers, who often choose 2-3 movies at a time based on their VHS covers, the descriptions on the back of the box, and the talent featured. Some movies were even commissioned to fill shelves at local video stores and chains like Blockbuster, of which now only a few remain. The movies were often low-budget and didn’t have mass appeal. Thus, they got a bad rap for being lower quality than theatrical releases.

Getting a movie in theaters became the marker of a good filmmaker; straight-to-video releases were merely a consolation prize. Nolan told Variety:

As a filmmaker, when I was starting out in the Nineties, your nightmare was the straight-to-video release. There’s nothing new about it—what’s different and new about it is selling it to Wall Street as innovation or disruption…

Netflix is stomping out that stigma now that talent like Brad Pitt, Will Smith, and Martin Scorsese are making movies for its streaming service. The company plans to release more films next year than most major US studios combined, and whether or not they play in theaters is not of great concern to it. Netflix has historically eschewed the industry convention of giving films at least 90 days in theaters before releasing them on streaming video or elsewhere.

Some of it films are released in theaters the day they hit streaming. Others never run in cinemas at all. Its argument is that its movies are made for and paid for by its subscribers, so why shouldn’t they get first dibs?

Nolan—a staunch supporter of the cinema as a place to appreciate film—argues that the classic distribution model, which distinguishes between theatrical, home-video, and TV releases, exists for reason. It makes Hollywood economics work. “Every other industry, whether it’s the car industry or whatever, controls when a product is launched,” Nolan said. “The idea that the film business should forget that and just throw everything together at the same time makes no sense. It’s not good business, and people will realize that eventually.”

Netflix investors, the stock has shown, will back the strategy as long as the streaming service’s subscriber base keeps growing. And some filmmakers, frustrated with the studio system, are taking to it too.

Nolan may not respect Netflix’s play, but he at least respects the game. He reportedly apologized via email to Netflix’s chief content officer Ted Sarandos after railing against the company during the press tour for his Dunkirk this summer.

“I said what I believe, but I was undiplomatic in the way I expressed it,” he told Variety. “I wasn’t giving any context to the frankly revolutionary nature of what Netflix has done. It’s extraordinary. They need appropriate respect for that, which I have.”

Many Blockchain Projects Are Uniquely Suited to COVID-19 Research