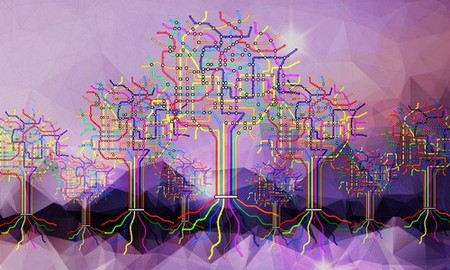 The more mining power there is on the Bitcoin blockchain, coming from diverse sources, the less that chain is vulnerable to certain kind of attacks. Nevertheless, security comes at an expense – in the case of Bitcoin it is energy usage. Bitcoin mining energy consumption is currently using up as much energy as Chile according to Digiconomist. Conventional wisdom says that if Bitcoin mining keeps expanding at this rate, it will outstrip current grid ability to power mining using clean energy and will produce more and more greenhouse gas emissions. But this assumption might be wrong.

Bitcoin is expected to use half a percent of world energy by 2018 according to Eurekalert. But gloom and doom scenarios about Bitcoin electricity consumption are probably a stretch. The problem with the data that critics present is how they frame it. According to Powercompare, Bitcoin mining consumes more electricity than 159 countries. That is if you compare those countries’ consumption rates to Bitcoin on an individual basis. That data is also skewed because these countries are either small in terms of population or have under-developed economies which typically consume less electricity.

With Bitcoin Mining Energy Consumption, the Devil is in the Details!

Can Bitcoin Mining be Carbon Neutral?

Considering that Bitcoin mining requires cooling apart from copious amounts of electricity, in some cases it can be carbon-neutral. The kind of place that tends to favor Bitcoin mining outfits in terms of weather conditions, generally requires a lot of energy consumption during those long winters to sustain the population. Bitcoin mining can provide some of that heating which would offset some of the energy-intensive activities required to keep industrial and commercial facilities warm during the winter. Therefore, Bitcoin mining is not always a source of pollution. Sometimes it is carbon neutral.

Nevertheless, the efficiency of this process of heating space through mining has certain draw-backs, yet it exposes one of the main goals that anyone involved in mining aspires to achieve: greater efficiency. With hash rates growing and Bitcoin rewards dwindling, energy efficiency will affect profit margins more and more as we approach the next halving. It seems that environmental concerns regarding Bitcoin mining, will ultimately be solved by the invisible hand of the market.

Computer science student and cryptocurrency enthusiast. I have been following the Bitcoin revolution from 2015.

What Will Happen When All Bitcoins Are Mined?

Bitcoin (BTC) Dominance On the Rise