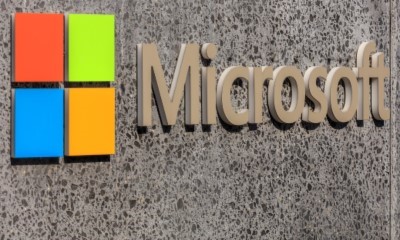 Microsoft has been accepting bitcoin for product purchases on and off since 2014, and has already been involved in blockchain-related projects since 2017. While this gap may seem surprising, given the Microsoft generally attempts to be at the forefront of technological innovation, their approach does seem to make sense. After all, one of the main strengths that blockchain-based companies promote is that it allows for new companies and individuals to participate in markets that are currently dominated by major centralized corporations such as Microsoft itself.

That said, while blockchain does seem to promote unwanted competition in terms of technological innovations and alternative methods of product distribution and pricing that would certainly not favor the current profits of these giants, Microsoft isn’t completely snubbing the growing industry. At the very least Microsoft does seem to have awoken to the possibility of cornering the market on blockchain project development.

This is evident from the projects that Microsoft has been working on thus far, such as its Azure Blockchain Workbench which generate blockchain protocols to provide blockchain platform developers with an existing infrastructure upon which to develop their new projects. This includes the various protocols and tools that fall under it, including the Coco Framework that was announced in August 2018. It should be noted that while Azure is built on the Ethereum blockchain, the Coco Framework’s protocol is designed to be implementable across several other existing blockchain infrastructures, including Hyperledger Sawtooth.

Microsoft Stepping on Toes of ICOs

But, Microsoft’s focus isn’t to simply generate blockchain protocols. Rather, it is also stepping on the toes of many of the newer ICOs that have been launching over the past year or two, by beginning the development of its own IoT tracking platform Project Manifest in January 2017. 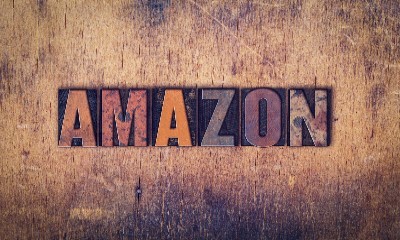 Of course, the advantages of IoT tracking via the blockchain is also attracting the interest of other leading corporations. This was seen in a recent move by Amazon’s cloud platform subsidiary, Amazon Web Services (AWS), which re leased their AWS Blockchain Templates platform on April 19, 2018,  that allows users to custom design their own Ethereum or Hyperledger platform from pre-existing templates. This e-retail giant raked in net-sales of $177.87 Billion USD in 2017 and is likely to see even higher growth this year (it earned $135.99 USD in 2016) with this latest service, as more and more companies begin to show an interest in adopting blockchain platforms for various functions such as security, scalability, transparency and traceability of transactions and data storage and authentication.

Nevertheless, given my misgivings mentioned earlier, it seems far more likely that other such organizations will turn to developing their own blockchain templates and generate blockchain protocols themselves, in spite of the high costs and time involved, or exploring one of the existing independent platforms such as Cardstack or Ardor, rather than assisting a major competitor. Cardstack is the build-your-own-dApp platform, and Ardor, the blockchain-as-a-service-platform that provides users with the opportunity to launch their own transactional blockchain platforms from Ardor’s platform.

While in an ideal world, smaller companies would choose to support fellow small-to-medium developing businesses, such as those mentioned above, it is far more likely that they would go with Amazon’s solution given the lower risk factors involved in terms of KYC and established identity. This of course also holds true for Samsung’s Nexledger and IBM’s Blockchain Platform which are both offering similar services. It seems that for now the questions remain, which other platforms will join the fray, and which will come to dominate the market?