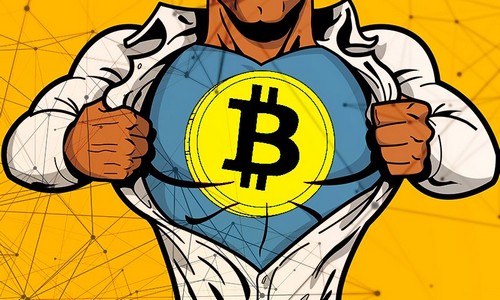 Just as Bitcoin prices distance themselves from doomsday scenarios, the IMF released a blog post with positive remarks about cryptocurrencies. Christine Lagarde who is at the helm of this international organization, had previously focused on the potential for money laundering and terrorist activity enabled by the use of cryptocurrencies. The change of tone in this last blog entry shows a departure from earlier comments just as Bitcoin prices return to positive territory. Bitcoin looks greener again today, reaching the highest point of the Index graph.

Blogging About Bitcoin at the IMF

This blog post eagerly explains why policymakers should look openly towards cryptocurrencies and work towards an even- handed regulatory framework. The aim should be risk minimization. Nevertheless, the post still shows that the IMF is thinking about a future role for intermediaries. This is anathema to the philosophy behind the creation of Bitcoin and other cryptocurrencies.

The IMF is trying to be more open to cryptocurrencies, but in this world the decision is binary; a healthy middle doesn’t really exist. Cryptocurrency transactions eliminate the need for a middleman, therefore we can expect that if adoption rates increase, middlemen will see their role in the economy diminished. Another thought that the space must take a stance against is the idea of blockchain-powered national currencies. These systems would have enormous disadvantages. They will allow the government to track every single penny transacted automatically. That is the kind of power that erodes democratic values.

The IMF’s evolution on Cryptocurrency

Nevertheless, Lagarde and the IMF identify the advantages of cryptocurrencies correctly. Blockchain-powered transactions are faster than conventional ones. Additionally, blockchain technology can be used for a wide variety of processes, like the storage of medical files or property titles, a major concern in developing countries. With that, Lagarde recognizes that central banks would find it harder to operate as lenders of last resort if cryptocurrency becomes more widely accepted. These are the kinds of trade-offs that the IMF can identify.

The next characteristic that the IMF positively identifies has to do with the global aspect of cryptocurrencies. Once created, a cryptocurrency enters the world stage automatically, which according to Lagarde, should prompt a higher degree of cooperation between governments around the world. This is where Lagarde sees that the IMF could play a role in coordinating thee efforts. This however, sounds like wishful thinking. Cryptocurrencies like Bitcoin are resistant and cannot be coopted. This seems to be a revolution that not even an open-minded IMF will be able to take full advantage of if it doesn’t abandon the classic idea of centralizing economic activities and controlling the markets.

Tabassum is an enthusiastic author, web geek, writer & digital marketer, with experience writing for tech, digital and cryptocurrency blogs. Connect with her on Twitter @tabassumnaaz9