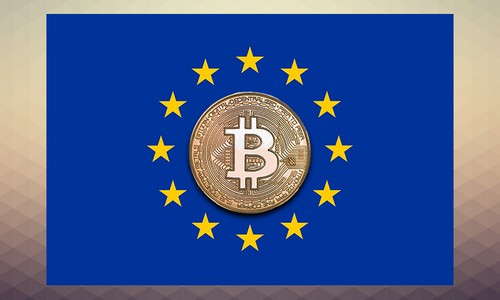 As markets struggle to recover from the possibility of regulatory tightening in South Korea, other governments are considering their own set of regulatory requirements for individuals and companies that are involved with cryptocurrencies. South Korea’s potential regulatory proposals may have started a global awakening of sorts in the form of government regulatory crackdowns. According to various media outlets, governments in France and Germany are jumping into the fray to target multiple issues they see as critical, including tax evasion through cryptocurrency market activities. The Swiss government is also following suit with considerations of its own.

China’s regulatory actions had an impact on cryptocurrency markets, but markets managed to recover soon after. South Korean regulatory threats seem to have a more lasting effect than those in China. This could be due to a compounding effect in which market resilience erodes once more governments start trying to ban, tax or regulate cryptocurrency market activity. Now that France and Germany are aiming to create a joint proposal for G20 countries which they will submit later this year, we will be able to see the extent of this compounding regulatory effect on the markets.

This proposal aims to introduce cryptocurrency regulation worldwide, which could have a negative effect on markets. Nevertheless, it is important to consider that the likelihood of a global crack down on cryptocurrency markets is very low. Governments have come together to tackle many global problems, like climate change and international banking standards. The general outcome of these initiatives is failure. There are too many actors with diverging interests at the table, and enforcement has always been an issue.

The Japanese and US governments for example, have been conspicuously silent through the Chinese crack down, South Korean regulatory threats and now the Franco-German initiative. Japan and the US hold the keys of the debate. Their populations are the largest cryptocurrency adopters globally, and both countries – particularly Japan which has the best regulatory standards in the industry – seem to be open to business.

Therefore, the Franco-German regulatory push might gain more traction at the EU level than at a G20 level, although certain EU members might oppose this as well. Therefore, it is important to take declarations with a grain of salt. For instance, France’s Minister of Finance, Bruno Le Maire has voiced the country’s supposed will for change to regulate general token trade. Le Maire came out with the following vague declaration: “We want a stable economy. We reject the risks of speculation and the possible financial diversions linked to Bitcoin.”

Le Maire and other government officials around the world can keep on expressing their government’s intentions with passion. This doesn’t mean that they will succeed in understanding that tax evasion, speculation and other such issues have nothing to do with the inherent characteristics of cryptocurrencies. Governments across the world are still struggling to find a way to stem tax evasion using government-issued money, and financial speculation despite the myriad regulatory measures they burdened traditional markets with. They will only succeed in knocking down cryptocurrency valuations with their efforts, without achieving much of anything else. Hopefully the markets will show their resilience, dissipating any compounding effects that may arise from this regulatory push quickly.