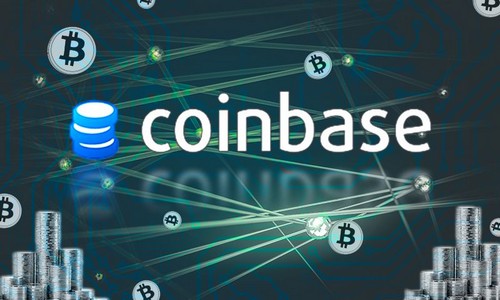 One of the largest bitcoin exchanges, Coinbase has acquired Earn.com, an app that pays cryptocurrency to users for answering emails. The acquisition deal was closed for about $100 million with Earn’s founder serving as the first CTO. Brian Armstrong, Coinbase’s CEO said that: “We’re going to be doubling down on the Earn business within Coinbase, as they have built a paid email product that is arguably one of the earliest practical blockchain applications to achieve meaningful traction.”

The valuation of $100million is not a definite figure since the firms have not revealed their exact financial details. According to media reports, this figure seems to have a lower valuation than the previous appraisal for Earn turned out.

Regarding Balaji’s choice as CTO, Armstrong said: “Balaji will evangelize for both for Crypto and for Coinbase”. With this role, Balaji will be responsible to educate users and recruit the crypto-first talent to the company.

So far, earn.com offers a potential opportunity to several users to earn digital currency with a paid email service. Srinivasan discussed Coinbase’s hiring and said it has become a trend. Coinbase’s top-level hiring include Asiff Hirji as Chief Operations Officer, Emilie Choi as Vice President of Corporate and business development, Tina Bhatnagar as Vice President of Operations and technology and Rachael Horwitz as Vice President of Communications and latest hiring of Srinivasan as the Chief Technological Officer. He told Fortune that “Everyone is aligning behind Coinbase as the winner of blockchain in the U.S”.

Moreover, he noted that “A lot of talented people are coming here.” Addressing his new employer, Srinivasan said. “As you’ve seen and continue to see, it has become a magnetic node.”

Is it the end of Earn.com?

As per the reports, Bitcoin exchange Coinbase and Earn.com both are backed by a Silicon Valley Ventures Capital firm, Andreessen Horowitz. Srinivasan continues to contribute as a board partner and later focused completely on his startup 21.co which rebranded as Earn.com. In a very short span, the firm managed to be a reputed social network around cryptocurrency.

Brian Armstrong noted in a blog post that Coinbase would be focusing on a newly acquired firm as well and described it as “arguably one of the earliest practical blockchain applications to achieve meaningful traction.”

Balaji Srinivasan has been in the news more often – he has become the famous expert of cryptocurrency and blockchain technology while teaching courses at Stanford. Despite the ban and unforeseen events in the crypto ecosphere, Srinivasan appeared as industry’s biggest believers and advocates who made a constructive statement on bitcoin and said, “Facebook for almost 10 years was called a fad and a bubble,” “Then it became this gigantic thing. The blockchain is like that.”

Tabassum is an enthusiastic author, web geek, writer & digital marketer, with experience writing for tech, digital and cryptocurrency blogs. Connect with her on Twitter @tabassumnaaz9