The Securities and Exchange Commission  (SEC) seems determined to fix its past mistakes and, in a sign of its willingness to rectify, yesterday issued an amendment to the proposed rule change to list and trade shares of the GraniteShares Bitcoin ETFs.

The document issued shortly after 8 pm UTC on October 4, 2018, brings a glimpse of optimism to all those who believe in the importance of the approval of a Bitcoin ETF as a catalyst to boost the market for cryptocurrency and blockchain technologies.

It is important to note that along with this amendment, the SEC issued a document in which it mentions that the order disapproving the proposed rule change concerning the GraniteShares Bitcoin ETF and the GraniteShares Short Bitcoin ETF (SR-CboeBZX2018-001) remains valid. The duration will depend on the decision taken after the review by the commission.

This ETF proposal came from Cboe BZX Exchange and was issued on January 5, 2018. After a delay, the SEC finally disapproved the ETF.

However, with the October 4 decision, the SEC ordered that by October 26 of this year, parties interested in supporting or opposing the GraniteShares ETF will have the opportunity to do so and then submit such views to the SEC for consideration:

“Accordingly, IT IS ORDERED, pursuant to Commission Rule of Practice 431, that by October 26, 2018, any party or other person may file a statement in support of, or in opposition to, the action made pursuant to delegated authority.

The SEC’s intention to renew itself is clear to many members of the community. In fact the new members of the commission have presented to the public some quite favorable positions regarding the adoption of cryptocurrencies and other innovative technologies within the world of finance, however, until now, the approval of an ETF has been an elusive goal for the cryptocurrency market. 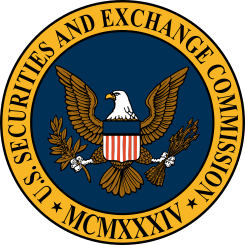 Also, Another revision about the ProShares Bitcoin ETF and the Direxion Daily Bitcoin Shares was later published.

The SEC simply took the decision regarding GraniteShares and adapted it to the reality of other ETFs. This behavior is especially important as it sets a precedent for other projects and may facilitate the opening of channels for approval of other ETFs or similar proposals.

The SEC is expected to issue a final decision on these proposals shortly after 26 October 2018.