Davincij15, an investor and trader with experience in the cryptocurrency and metals market, published yesterday a document providing guidelines for the creation of a cryptocurrency rating system to be used in fundamental analysis.

This entrepreneur became popular in the crypto-verse after the viralization of a video published by him in 2011, talking about the characteristics of Bitcoin, its advantages as a means of storing value and electronic money as well as the accelerated growth that this technology (practically unknown at the time) would experience in the coming years.

The document has three sections: The first part establishes a general classification of cryptos in groups of 4 Tiers. The second part explains a system to give a score to each cryptocurrency, adding or subtracting points according to their characteristics. The third part provides tips for successful crypto trading.

The Tiers system sets specific characteristics that allow the analyst to determine the chances for a crypto to be successful in the future. Here is the explanation for each Tier:

The cryptocurrency must be in the top 25 in market capitalization excluding stable coins. The cryptocurrency must not be centralized meaning there are no limits to the number of nodes that can exist on the network or the number of nodes increases in some fashion over time and/or based on usage. Also, it must have solid marketing and promotion behind it.

In this group he placed crypto currencies like Bitcoin, Ethereum, DASH, Litecoin amongst others

These cryptocurrencies are up and coming they have a strong community and developer support but are lacking in other areas. The project is interesting and different enough from bitcoin to stand on its own. These coins must be listed on 5 or more exchanges and working end user wallets.

According to their analysis, “Most of 2nd tier coins are copies of bitcoin” However, other crypto currencies such as EOS could fall into this category.

3rd Tier Coins of The Rank

These cryptocurrencies may have a developer community even if they are doing nothing at the moment and have little or no roadmap. Alts that fall below $10 million in market cap but are listed on at least 3 exchanges.

Davincij15 placed Dogecoin in this category.

Are dead, broken chains, or dying coins with no development team working on it, little community support and no significant changes to the code base over a year. Also if the cryptocurrency project with a market capitalization value of less than $1 million. The odds of a turn around are slim to none. However, if the coin is traded on more than one exchange pump and dumpers will attempt to run this coin value up and at that point, profit can be made

The document is not yet finished, and Davincij15 pointed out that it will undergo several modifications along the way. He called on the community to analyze the text and send suggestions to improve this system every day, benefiting the whole community. 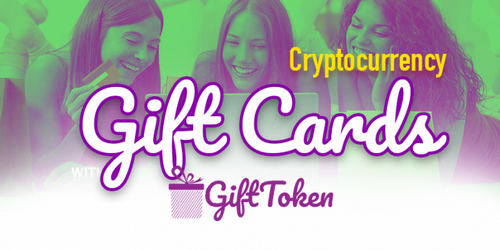 How the acceleration of AI will drive digital transformation: Automation and personalization