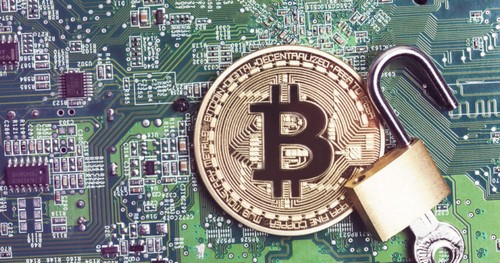 Indian bitcoin exchange Coinsecure has disclosed a theft of 438 bitcoins, valued at over  $3 million at press time, from its wallet in what is the country’s biggest cryptocurrency theft to date.

Delhi-based cryptocurrency exchange Coinsecure has accused its own CSO of stealing the coins from the company’s wallet in an FIR (First Information Report) filed with the police on Thursday. In an announcement on its homepage, the exchange said some of its bitcoin funds had “been exposed” and “seem to have been siphoned out to an address” that is beyond its own control.

Coinsecure insists its own systems haven’t been compromised nor hacked. Instead, the exchange points to the unconvincing claim of its CSO, Amitabh Saxena, who contends the theft occurred during a separate “exercise to extract BTG (Bitcoin Gold)” to distribute among its customers.

Our CSO, Dr. Amitabh Saxena, was extracting BTG and he claims that funds have been lost in the process during the extraction of the private keys.

According to the police complaint (pinned below), Coinsecure CEO Mohit Kalra, who holds the private keys for the company’s wallets along with the CSO wrote: “On 9th April 2018, we were informed by our CSO, DR. Amitabh Saxena, that 438.318 bitcoins (worth INR 19 Crores – Approx.) were stolen from our company’s bitcoin wallet due to some attack.”

Notably, he added in the complaint:

As the private keys are kept with Dr. Amitabh Saxena, we feel that he is making a false story to divert our attention and he might have a role to play in this entire incident. The incident reported by Dr. Amitabh Saxena does not seem convincing to us.

In a separate statement to the Times of India, the chief executive revealed that the private keys were exported online. “It looks like a crime committed intentionally,” he added. “We have shared our suspicions with the Cyber Cell and contacted specialists to find out the source of the hack and trace the bitcoins.”

Coinsecure recruited Saxena as its Chief Scientific Officer in September 2017, citing credentials as a professor of Computer Science in Australia and previous tenures at Hewlett Packard (HP) and Accenture. “Doc comes with an extremely strong understanding of the crypto space and has a lot of ideas and implementations that he will be bringing to Coinsecure,” the exchange said at the time, pointing to his scientific research articles on the blockchain space.

In his complaint, chief executive Kalra also stressed that the CSO might be a flight-risk, asking the police to seize his passport to keep him from flying out of the country.

Meanwhile, Coinsecure insists it will recover and reimburse customers who have seen their funds stolen.

Irrespective of funds being recovered, we re-assure all our customers that you will be indemnified from our personal funds.