After the recent surge in Bitcoin reached a euphoric phase, triggering both short and long-term sell signals, the coin finally rolled over today, and quickly fell to $7000 from its all-time high just above the $7500 level. Altcoins haven’t followed the most valuable coin for now as the negative correlation of the majors with BTC remained intact.

Bitcoin is still severely overbought from an investment perspective, and while the short-term rising trend is intact, a possible head and shoulders pattern is forming on the 4-hour chart, which could be first the phase of a deeper correction, with an initial target of $6700. Support levels are still found at $6700, $6000, $5800, and $5400. We advise both traders and investors to wait with opening new positions in Bitcoin. 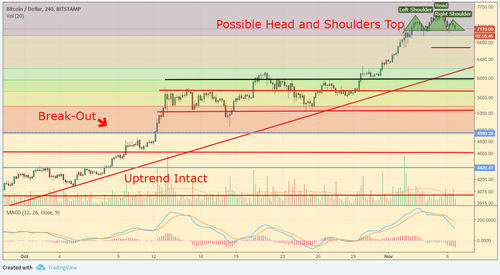 Ethereum Classic followed through on its break-out, as we expected, and it surged past the key $13.50 level, while Monero also moved sharply higher to test the $100 resistance today. The Other major altcoins are also slightly higher today, but the technical setup is unchanged in case of the rest of the market.  Let’s see how the short-term charts look after the eventful weekend. 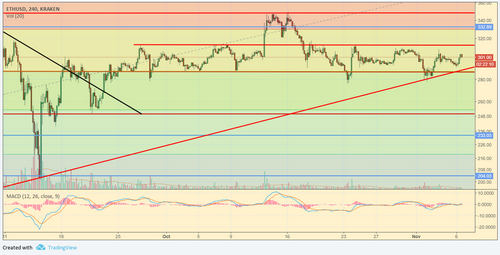 Ethereum is still trading near the $300 level, as the volatility in Bitcoin didn’t affect the token’s market substantially. The coin is still trading within the long-term uptrend despite the lengthy consolidation, but the $315 resistance remains strong above the current price level. That said, we still expect a move towards the $330-$350 zone in the coming period, while support is found at $285 and $250. 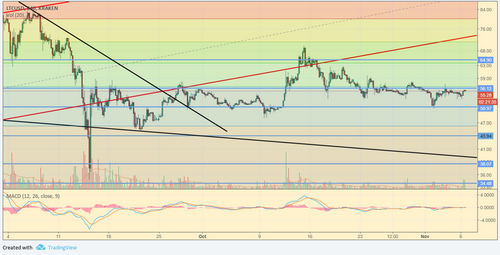 Litecoin is also trading in a relatively narrow range around the $56 level, while the coin remained clearly above the $51 support level, despite last week’s altcoin sell-off. The currency is still in an encouraging long-term setup, although the consolidation pattern remains dominant. In the case of a bullish move, targets are found at $64 and $75, while support below $51 is near $44. 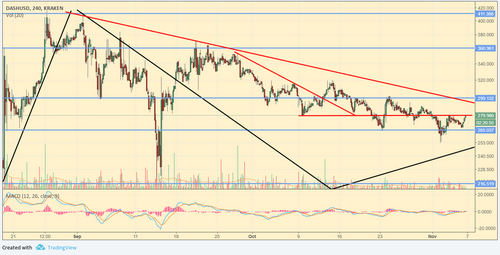 Dash is trading in a lengthy correction pattern despite the recent bounce, although the upper boundary of the formation is approaching the current levels. The coin faces strong resistance at $300, but we expect a move above that zone and a resumption of the underlying rising trend soon. Targets for the move are at $330 and $360, while key support is found at $265. 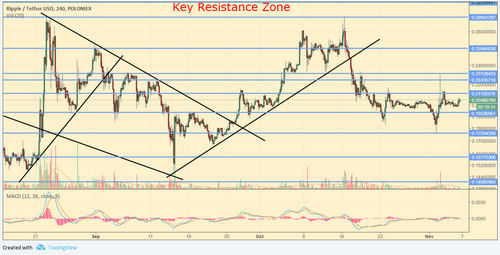 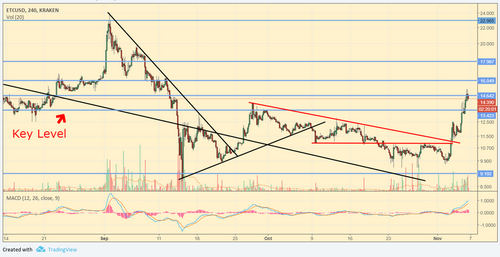 Ethereum Classic is getting short-term overbought after the explosive break-out during the weekend, but the clear move above $13.50 is a bullish sign for the coming weeks. After the long period of relative weakness, we expect at least a test of the $16 level during the current move, with further targets at $18 and $23, while below $13.50, support is found at $12.50. 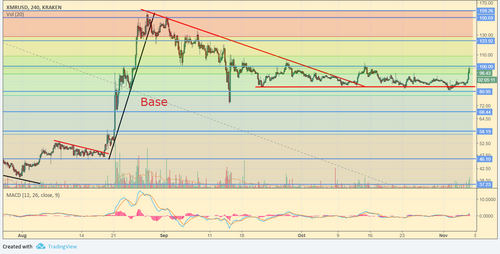 Monero finally made its move towards the $100 resistance today after the lengthy consolidation phase, but for now, it remains below the key level. Both the short- and long-term buy signal is intact, and we still expect a move towards the $125 level in the coming weeks. Support levels are still found near $80 and at $68. 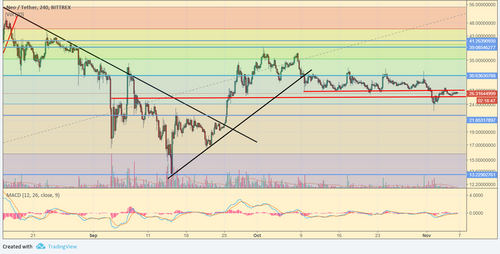 NEO is trading just below the crucial $27 level after last week’s spike lower, but the long-term picture remains bullish and we expect the coin to move above the $30 level soon, despite the strong resistance in that zone. Above that, the main target is the $40 level, while another resistance zone is found at $34. 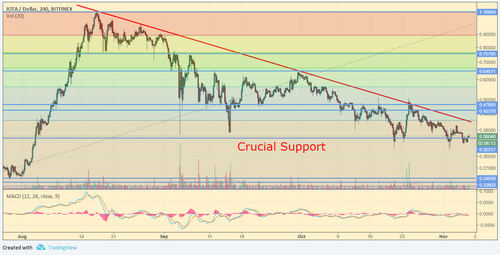 IOTA remains stuck in a declining trend, but the $0.35 level is still holding on, and a trend change could be near. Traders should wait with opening new positions until a bullish confirmation, but investors could add to their holdings at the current levels, with key resistance levels still ahead at $0.42 and between $0.45 and $0.48.

$7,410: South Korean Investors are Trading Bitcoin on a High Premium

Bitcoin Breaks Below $7K to Fall to 50-Day Low