“BUTLER is a massive advantage for cryptocurrency investors and shoppers, who currently have to log onto websites to find the relative value of their currency,” Uzuner said. “This is a powerfully attractive product for the millions of people already engaged in cryptocurrency.“ 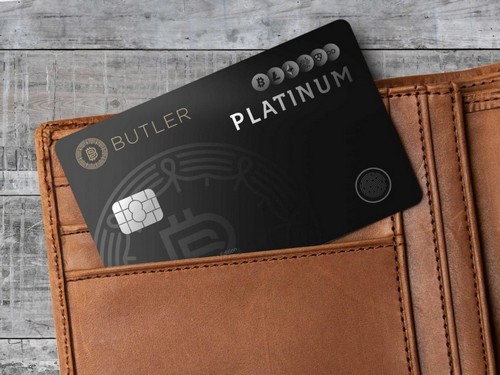 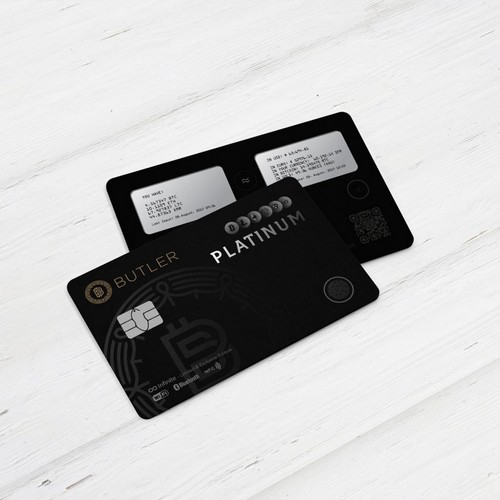 The cryptocurrency world is exploding, with valuations exceeding $240 billion and $8 billion daily transactions. More than 3 million people are engaged in cryptocurrency commerce, and the number continues to grow, according to a recent University of Cambridge study .

“Butler is a logical response to growing demand for fast access to relative values in the cryptocurrency industry,” said co-CEO Can Baydas Uzuner.  “Cryptocurrency valuations against major currencies can change by full percentage points in a matter of minutes, so super-fast access to live information is crucial.  Butler delivers in a sophisticated, unique and completely new way.”

Users simply glance at the Butler Black Card to see their selected cryptocurrencies on one screen, and the value of those currencies against user-selected major currencies on the other screen.  “You select euros, dollars, pounds, even gold,” Uzuner said.  “Butler constantly scrubs the internet and provides an up to the minute, averaged value of your cryptocurrencies real-world currency terms.”

And it does it all without ever requiring users’ private information. “Absolutely not,” Uzuner said. “It’s completely safe. We never ask for user’s personal information.”

Butler’s R&D is complete and marketing is in place, Ozuner said.  Now, Butler is bringing the Black Card to Indiegogo, launching an aggressive campaign and special promotion called BLACK CARD/BLACK FRIDAY/CYBER MONDAY AND MORE from November 24.

“BLACK FRIDAY – CYBER MONDAY WEEKEND is not only launching day and weekend for our Indiegogo campaign, it is also an opportunity for new customers to pre-order the BUTLER BLACK CARD at a deep discount,” Uzuner said.  “Visit our campaign page from November 24 and on, place your pre-order. You will get a chance to see 70% and OVER FOUNDERS DISCOUNT as well as FREE WIRELESS CHARGER and also FREE SHIPPING to your home or office. “

BUTLER is a massive advantage for cryptocurrency investors and shoppers, who currently have to log onto websites to find the relative value of their currency,” Uzuner said. “This is a powerfully attractive product for the millions of people already engaged in cryptocurrency.”

“Even if you are not active in the cryptocurrency market, we think Butler will make it so easy and attractive, you will jump in and tell all your friends,” he added.

The promotion is also a heads-up to the Indiegogo investor community. “We are confident Indiegogo investors will respond since they are excellent at spotting opportunities and they are responsive to new ideas,” Uzuner said.  BUTLER delivers on both counts.”

For more information on BUTLER https://igg.me/at/butlercards/ or send an inquiry to [email protected] or visit: www.butler.cards