Neil Hume, Mining and Commodities Editor forFinancial Times, was quick to have World Gold Council Head of Market Intelligence, Alistair Hewitt, dismiss bitcoin’s ascendancy as a reason for gold’s third quarter (Q3) performance woes. He paraphrases Mr. Hewitt as having said, “there was nothing to suggest gold was suffering from the popularity of cryptocurrencies such as bitcoin, which have experienced explosive gains this year.” There is reason to be skeptical of that claim.

Fortune’s David Meyer writes, “More people are now searching online for how to buy bitcoin than they are searching for how to buy hold,” according to Google Trends. Gold is the classic hedge against stock market volatility, especially during downturns.

That might be changing if Q3 figures are to be extrapolated into a full-fledged movement or current.

It certainly doesn’t help to have a booming stock market at the moment along with a new commodity asset in cryptocurrencies. Leaving out the entirety of the legacy markets, bitcoin alone has appreciated many hundreds of percentages in just 2017.

“Demand for gold slumped to an eight-year low in the third quarter,” Mr. Hume reports, attributing the record fall to “the prospect of higher US interest rates and tighter monetary policy” which  “resulted in less [gold] buying from institutional investors.” 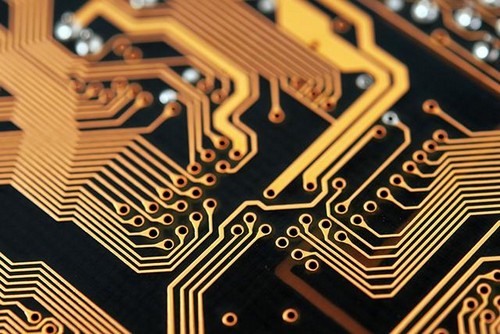 Gold demand falls 9% to 915t in Q3 as ETF inflows slow from unprecedented highs in 2016, the latest World Gold Council report of 8 November 2017. It “showed demand for bullion fell to 915 tonnes in three months to September, down 9 per cent from the same period a year ago.”

“The latest figures were hit by ‘significantly’ lower inflows into gold exchange traded funds, which fell to 19 tonnes from 144.3 tonnes, and a softer jewellery market in India,” Mr. Hume detailed. (India is second only to China in gold consumption).

The “world’s biggest consumer of gold after China — dropped 25 per cent year-on-year in the quarter to 114.9 tonnes,” Financial Times notes.

Quoting Mr. Hewitt, “It was a tough quarter for gold demand,” and, paraphrasing again, “Mr. Hewitt said net inflows had remained weak during October with just three tonnes added to ETFs as investors chased higher returns from assets such as equities and bonds.”

Central Banks are the Health of the State

And here is the a-ha! moment: Mr. Hewitt anticipates gold’s rebound due to “buying from central banks. Led by Russia and Turkey, central banks added 111 tonnes to their gold reserves in third quarter, 25 per cent more than in the same period in 2016,” Mr. Hume claims. Quoting Mr. Hewitt approvingly, “We now have another central bank that is buying 10 tonnes a month,” in reference to Turkey. “That’s a significant development that hasn’t been picked up by people looking at the gold market.”

Things have become so desperate in the gold market, the metal’s heroic past of taming governments, of spiting them, has given way to alms: hands out, begging for central bank acceptance. 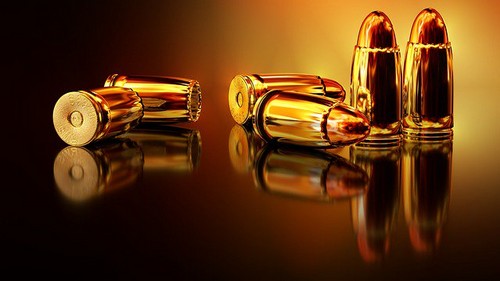 Central banking is contrary to peace. Once such power was consolidated around the world by the early 20th century, even gold standardization of currency fell out of favor, and the rush toward inflation became all the rage. The power for governments to control money supplies is too tempting to trust with gold, but it is a way to stay relevant beyond circuit boards and jewelry. And central bank inflation is often overlooked for its keen martiality, its propensity for war and state expansion generally.

Governments in the inflation age can promise all sorts of goodies to subjects, march them off to war without a financial care (much less lives loss), and generally consolidate while also expanding power. If there is one takeaway from the entire 20th century and our present time, an inverse relationship exists between human freedom and government growth.

Gold no longer offers hope in this regard.

Bitcoin as Hope for Peace

The swirling debate at present is what bitcoin constitutes as a currency and network. It’s clearer to me bitcoin of the BTC variety, segwit bitcoin or whatever you’d like, is going to remain, if it does at all, a store of value and ultimate unit of settlement. Bitcoin cash (or a variant) might very well become the fungible, everyday currency of Satoshi’s digital cash ideal. With well-known transaction fees ever-rising and processing times thudding it along, BTC doesn’t in the near-term figure to be a currency in the easiest sense of that word.

This means there’s a chance bitcoin could replace gold as the future hedge, a way for people to fight inflationary warmongers and chiefdoms. 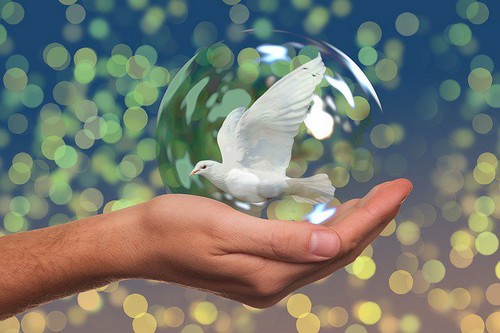 With CME’s entrance into the bitcoin foray, and if institutional investors bring whales, along with blockchain dreams, BTC could very well reach price highs pegged by Fundstrat’s Tom Lee of 25,000 USD and beyond.