Zhao Dong, a prominent Chinese early bitcoin adopter and shareholder in Bitfinex, recently posted on Weibo seeking to provide anecdotal evidence as to the integrity of Bitfinex and Tether’s financial reserves. The post claims that Zhao Dong and Lao Mao, the chief executive of Big.one, have witnessed first hand the balances of Bitfinex and Tether’s respective bank accounts during a meeting with Bitfinex’s chief financial officer, Giancarlo Devasini. The post alleges that the combined bank accounts of Tether and Bitfinex hold nearly $3 billion USD. 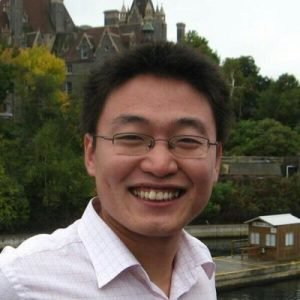 Zhao Dong, a well known Chinese early adopter of bitcoin, has published a post on Weibo claiming that he has personally seen the bank balances of Tether and Bitfinex first hand during a recent meeting with Bitfinex’s CFO, Giancarlo Devasini. Zhao Dong is a shareholder in Bitfinex, and has been described as one of China’s largest over-the-counter (OTC) traders.

According to a rough translation, Zhao Dong’s Weibo post states “Lao Mao (and I) just had a look at the USD account of Tether and Bitfinex in Giancarlo’s (Boss of BFX, CFO) room, in which Tether’s account holds 1.8x billion USD and Bitfinex holds 1.1x billion USD. The total number of the two accounts is around 3 billion USD, which is beyond the current circulated supply of USDT. This debunks all rumors around USDT.”

Big.one to Introduce USDT After CEO’s Meeting with Giancarlo Devasini 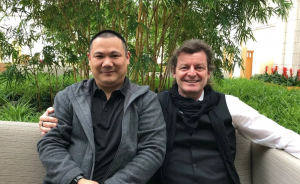 The chief executive officer of Big.one published a blog post following the trip, in which an interview between Mr. Devasini and one of Lao Mao’s associates is made public. In the interview, Bitfinex’s CFO claims that the “the team of Bitfinex has around 50 people”, and that the “Tether team does not work for money,” adding that “As an early bitcoin investor, the team has a sense of responsibility and mission.”

Seeking to quell criticisms and concerns relating to Bitfinex and Tether’s banking relationships and capitalization, Mr. Davasini also claims that the companies “are not in a position to fully disclose [their] bank accounts” as a consequence of “pressure from [the] US banking industry.” The CFO alleges that the “US banking industry is blocking Tether by various means,” adding that in future, “Tether may no longer anchor to [the] US dollar,” suggesting that the company may “use Euro, Japanese Yen, or other fiats instead.” Notably, the comments came just two weeks after Tether launched EURT – an ERC20 token intended to function as a hedging tool pegged to the value of the Euro.

The Big.one CEO concluded the post by stating “we can trust Tether and USDT,” also announcing that “Big.one will also list USDT as soon as possible.” 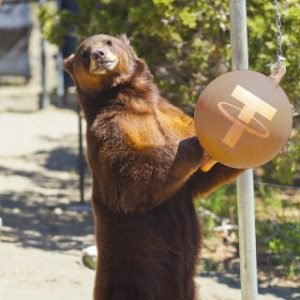 The comments comprise an apparent change of heart for Lao Mao, who during November 2017, published a post urging exchanges not to introduce USDT pairings. At the time, Lao Mao stated “we have appointed our partner with Goldman Sachs to conduct research on USDT,” describing the results of the research as “shocking.” The report criticized the company’s lack of banking transparency, and stated that “Bitfinex, the majority shareholder of Tether, arguably has access to Tether’s deposits at any time.” The report also criticized the internal memorandum issued by Friedman LLP that, at the time of release, Tether had misrepresented – claiming that such comprised an “audit.”

Despite the ‘vouches’ from Zhao Dong and Lao Mao, the cryptocurrency community appears to have remained skeptical regarding the integrity of Bitfinex and Tether’s accounts, with one of the most upvoted comments on Zhao Dong’s Weibo post stating “You need to present [an] audit report from a third party accounting firm or lawyer. Your word doesn’t count.”

Concerns pertaining to the opaque accounting practices of Bitfinex and Tether have heightening heading into 2018, following a dramatic explosion in the number of USDT in existence. The number of USDT in circulation grew from less than 10 million on January 1st, 2017, to reach almost 1.4 billion just 12 months later – despite all banking services to Tether and Bitfinex having been cut off by Wells Fargo on March 23rd, and neither company providing definitive evidence that they have successfully restored banking relationships since. Tether has since shown no signs of slowing down its production of new USDT, with 400 million new USDT being produced in four days just one week ago.

What is your reaction to the Zhao Dong and Lao Mao’s posts vouching for the integrity of Bitfinex and Tether’s bank accounts? Share your thoughts in the comments section below!

At news.Bitcoin.com all comments containing links are automatically held up for moderation in the Disqus system. That means an editor has to take a look at the comment to approve it. This is due to the many, repetitive, spam and scam links people post under our articles. We do not censor any comment content based on politics or personal opinions. So, please be patient. Your comment will be published.