US authorities have revealed that their agents had been operating undercover on the Darknet for the past year. The massive operation uncovered the true identity of over fifty vendors on sites such as Silk Road, Alpha Bay, Hansa, Dream, and more. Over 35 people have already been arrested and goods worthover $23.6 million have been sized.

Also Read:If You Can’t Beat Them, Join Them – Bitcoin Is Hiring Regulators

“One of the Largest Threats to the U.S. Financial Infrastructure” 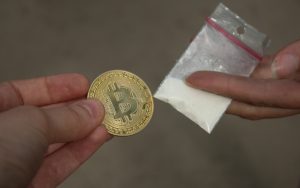 The Darknet crackdown involved multiple law enforcement forces including the DOJ, ICE’s Homeland Security Investigations (HSI), the Secret Service, the Postal Inspection Service and the DEA. The actual undercover investigation was spearheaded by HSI Special Agents who posed as money launderers on the dark markets, exchanging fiat for cryptocurrency. And the DOJ’s Money Laundering and Asset Recovery Section, working with more than forty U.S. Attorney’s Offices, lead to the arrest of over 35 vendors.

“The Secret Service is proud to work with our law enforcement partners to help combat one of the largest threats to the U.S. financial infrastructure, money laundering with virtual currency,” said U.S. Secret Service Assistant Director Jenkins. “The Secret Service continues to adapt along with these cyber criminals to maintain our level of success in stopping them.”

Over $20M in Crypto Seized 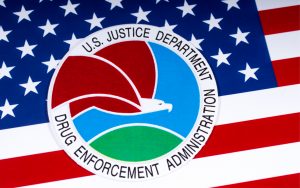 Besides the arrests of the vendors, the authorities were able to seize goods worth over $23.6 million in a month with over 100 enforcement actions. These include liquid synthetic opioids, tramadol, fentanyl, Xanax, Oxycodone, MDMA, cocaine, LSD, marijuana, and psychedelic mushrooms. The authorities also seized more than 100 firearms, including handguns, assault rifles, and a grenade launcher; five vehicles; more than $3.6 million in gold bars and fiat; nearly 2,000 bitcoin and other cryptocurrencies, with an approximate value of more than $20 million; pill presses, Bitcoin mining devices, computer equipment, and vacuum sealers.

“The Darknet is ever-changing and increasingly more intricate, making locating and targeting those selling illicit items on this platform more complicated. But in this case, HSI special agents were able to walk amongst those in the cyber underworld to find those vendors who sell highly addictive drugs for a profit,” said HSI Acting Executive Associate Director Benner. “The veil has been lifted. HSI has infiltrated the Darknet, and together with its law enforcement partners nationwide, it has proven, once again, that every criminal is within arm’s reach of the law.”

Will a crackdown on darknet markets have any influence on bitcoin adoption? Share your thoughts in the comments section below.

Verify and track bitcoin cash transactions on our BCH Block Explorer, the best of its kind anywhere in the world. Also, keep up with your holdings, BCH, and other coins, on our market charts at Satoshi’s Pulse, another original and free service from Bitcoin.com.