This week two well-known bitcoin hardware wallet manufacturers, Satoshi Labs (Trezor) and Ledger Wallet, revealed their contingency plans for the pending Segwit2x fork that may take place in nine days. Both companies explain they will support both chains and tethered tokens if there is a split and provide a tool for the splitting process. 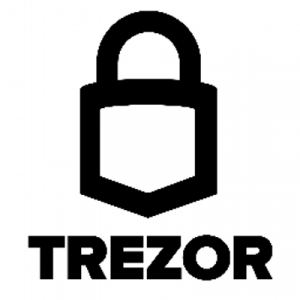 The hard fork announcements keep piling up as block 494784 approaches with many cryptocurrency based businesses revealing their plans. On November 6 the two hardware wallet companies Satoshi Labs and Ledger explained how the firms would handle the upcoming fork. Satoshi Labs explains Segwit2x is a proposal to fork the network by increasing the block size to 2 MB. The company says the fork “is a contentious hard fork” that will likely result in a split. However Satoshi Labs explains Trezor wallets will support both chains calling the Segwit2x token “B2X,” and wallet owners will receive a 1:1 distribution if a split occurs.

“If you have held BTC on your Trezor before the fork, you will own the same amount of BTC and B2X after the fork — With Trezor, you own your private keys (in the form of the seed), therefore you have control over all of your coins, including forked coins,” explains Satoshi Labs.

The Prague-based firm explains their users need to be careful sending transactions during the fork due to Segwit2x’s lack of replay protection. Additionally, Satoshi Labs will provide a splitting guide and tool for users looking to obtain B2X within the platform’s beta version.

“B2X will use the same address format as Bitcoin,” Satoshi Labs notes. “However, Trezor will generate B2X addresses with a different derivation path.”

When transacting, please make sure you are sending the right coins to the correct chain.

The France-based Ledger Wallet also says it will support both chains and the associated tokens if a split happens. Ledger explains users should be precautious about sending transactions during the fork and says users should “wait until the dust settles.”

“As for the previous bitcoin cash fork, we’ll let our users trade on both chains and split coins easily, even if the ride might be slightly more bumpy due to the fact that Segwit2x was not initially designed to cause a split,” details Ledger’s fork announcement.

For the sake of clarity and as different actors might name a different chain “Bitcoin” during the fork and some time after, we’ll call in this article the current Bitcoin chain Bitcoin-1x and the potential Segwit2x chain Bitcoin-2x.

Ledger also details the company’s wallet platform will display a warning if a user’s transaction is vulnerable to replay attacks. At that point, the platform will ask the user if they want to split the coins or they can choose to bypass the warning as well. Additionally Ledger will offer both a non-custodian and “half custodian” process to split tokens after block 494784.

“The non-custodian process will rely on the software created by the chainspl.it initiative and offer a command line or web interface to use it with Ledger Nano, Nano S or Blue — It’ll be non automated and recommended for advanced users only,” Ledger’s plan details. “The “half custodian” process will involve a new Ledger application created for the Nano S and Blue (it will not be available on Ledger Nano) and will be fully automated.”

We’ll make available tainted inputs to our users with a contract enforced by the new application that sends back those tainted inputs to us — this is possible because our secure applications distribution architecture allows to securely share a set of keys with our users without revealing it. In other words, our splitting app will take care of everything automatically and with the highest levels of security.

Members of the bitcoin ‘community’ seem pleased that both hardware wallet manufacturers plan to support both chains. There hasn’t been any word from other hardware wallet companies just yet like Shapeshift’s Keepkey, Digital Bitbox, and more. A month ago a Keepkey representative stated the company doesn’t have “a position regarding (ideological) support for or against this fork, or any fork.” However, the Keepkey team member explains the company plans to support “any viable fork impacting supported assets.”

The IRS May Get Approval to Conduct Coinbase Tax Probe