Malavika Nair of Troy University describes bitcoin’s price phenomenon as something other than a classic bubble. Bubbles, she said, do not go up, up, up, then down a bit, only to go up, up, up in price a full step higher than before. “Whatever it is,” she reiterated, referring to bitcoin’s valuation, “it is definitely not a bubble.” More than just speculation, every metric, from wallets to transactions, bitcoin grows over time. A bubble, bitcoin ain’t.

That doesn’t stop bubble boys of hate, of course. Goldman Sachs CEO Lloyd Blankfein recently Twitter-flirted with bitcoin, giving it a wink. That ended rather quickly. Revealing he’s “kind of an old dog to be absorbing that kind of a new trick” who is “not comfortable,” lamenting how “maybe bitcoin is kind of a bubble.”

Citing how hard it was to unpack bitcoin in a mere 750 words, pundit Ron Insana wrote, “Bitcoin is in a bubble, make no mistake,” it’s going to fail when “excessive optimism far outweighs normal rational expectations.”

Legacy bankers at UBS in a white paper wrote of “the sharp rise in cryptocurrency valuations in recent months” and how it “is a speculative bubble.” They don’t even believe bitcoin will be a currency. The Oracle of Omaha, Warren Buffett, agreed, “You can’t value bitcoin because it’s not a value-producing asset…it’s a real bubble in that sort of thing.”

Richard Turnill of Blackrock, which handles 6 trillion (yes, trillion) in assets, first argued “there’s no inherent right or wrong” price for bitcoin, but then quickly retreated by asserting it has “many characteristics of a bubble.” Not to be outdone, New York University’s Stern School of Business’, Nouriel Roubini, labeled basically the entire crypto market “a gigantic speculative bubble.”

By definition, bubbles are blown up easily and susceptible to pop by virtue of their thin layer of substance. One wrong move, whoosh, it all goes away.

Bitcoin has proven its resilience in the face of grave mortal wounds: exchanges hacked just as the cryptocurrency was gaining momentum, losing millions and millions; scandals plaguing it in the popular media, seemingly every day a new drug kingpin or assorted derelict was using it; charges of terrorism, money laundering, and even the Chinese government crackdown in recent weeks have all conspired to bring down bitcoin.

If it were a veneer, a shiny thing for fools, bitcoin would have long ago died. And yet here it is. 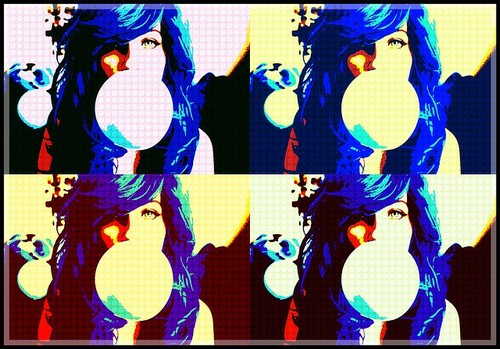 In his masterful, Antifragile: Things That Gain From Disorder, author Nassim Nicholas Taleb describes how to evaluate the above opinions (though he wasn’t writing about bitcoin), “To me, every opinion maker needs to have ‘skin in the game’ in the event of harm caused by reliance on his information or opinion,” he urges.

“Further, anyone producing a forecast or making an economic analysis needs to have something to lose from it, given that others rely on those forecasts (to repeat, forecasts induce risk taking; they are more toxic to us than any other form of human pollution),” he warns.