Paris-based asset manager, Tobam, has launched the first bitcoin mutual fund in Europe. The fund has been approved by France’s financial regulator, the Autorite des Marches Financiers (AMF), and is classified as an alternative investment fund.

French-based asset management company, Tobam, has announced the launch of Europe’s first bitcoin mutual fund. Mr. Choueifaty, the company’s founder, has stated that “more and more cryptocurrencies have been created in recent years, with bitcoin gaining the largest market capitalization and the longest record, while also being the most liquid. Despite growing interest for the digital currency, the current solutions available to access bitcoin pose numerous difficulties for investors.”

Tobam’s bitcoin mutual fund seeks to target “qualified and institutional investors wanting to gain an exposure to the cryptocurrency.” The company states that “while bitcoin is prone to significant risks, including a very high level of volatility, it also provides diversification benefits.” Tobam states it “believes that the bitcoin and cryptocurrencies, in general, have the potential to become durable standards in financial and saving markets.”

Christophe Roehri, Tobam’s head of business development, stated that “direct investment in bitcoin can be operationally challenging, from dealing with the choice of the platform, to maintaining the proper security measures in terms of custody and to managing the changes made to the protocol – hard forks. Our goal is to take control of these operational challenges in order to facilitate access for qualified investors willing to gain exposure to bitcoin… under the format of a fund.”

Mr. Choueifaty Has Described the Challenge of Getting the AMF to Approve the Bitcoin Mutual Fund 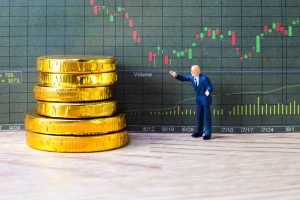 Tobam’s founder claims that the AMF needed to be convinced that the bitcoin fund’s “framework is protective of investors”. Mr. Choueifaty stated that the developing legitimate means through which to “run the money and invest in cryptocurrencies is quite elaborate.”

The mutual fund is registered as an alternative investment fund, meaning that it is a fund not covered by the European Directive on Undertakings for Collective Investment in Transferable Securities (UCITS). As such, Tobam’s fund is not traded via an exchange, and will only be available to “qualified investors.”

Pricewaterhouse Coopers is the auditor of Tobam’s bitcoin mutual fund, and Caceis is its custodian. The fund is available to “eligible investors worldwide on a private placement basis,”- owing to its legal status as an alternative investment fund.

High-protein diets are linked to heightened risk for heart disease, even for vegetarians

Venezuela’s unfolding crisis, as told by its version of The Onion