After making a prediction that bitcoin would be $10K by 2018, the American venture capitalist, Tim Draper, is still bullish about cryptocurrencies. In fact, Draper believes digital assets like bitcoin will be so prominent that using fiat currencies in five years will be considered laughable.

Tim Draper: “In Five Years Bitcoin Will Be So Relevant — There Will Be No Reason to Use Fiat Currencies”

Back in 2016, news.Bitcoin.com reported on Tim Draper’s 2014 prediction that bitcoin would reach $10K per BTC in 2018, and at the time it didn’t look possible. Now as 2018 approaches with less than two months left, bitcoin’s price is very close to that region touching $7,500 per bitcoin during the first week of November. Draper is well known for being very optimistic about the future of cryptocurrencies by investing in many digital currency startups, and purchasing $20M worth of bitcoin in the 2014 Silk Road government auction. Now Draper tells the tech journalist, John Koetsier, at this year’s Web Summit — Cryptocurrencies will be the future of money.

“In five years, if you try to use fiat currency they will laugh at you,” Draper explains at the 2017 Web Summit.

Bitcoin and other cryptocurrencies will be so relevant — there will be no reason to have the fiat currencies. 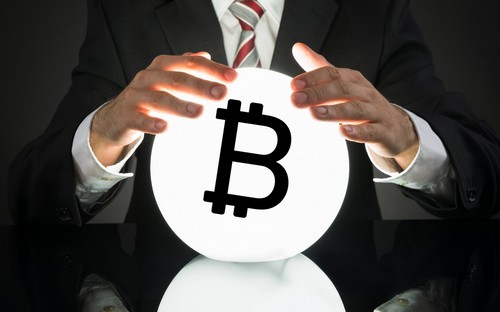 Draper Rakes In a $200M Profit from the Silk Road Auction

Draper’s 2014 Silk Road (SR) purchase of 30,000 BTC back in 2014 had confirmed the venture capitalist was a big believer, even when bitcoin’s markets were quite bearish that year. At the time, Draper’s SR bitcoins were purchased for a touch under $20M using 2014 spot prices. Draper’s crypto-hoard is worth $223M at today’s prices, giving the investor over $203M in gains in less than three years.

In the Future Draper Believes Cryptocurrencies Will Interrelate, but the Tech Needs to be Simplified

Draper details at the Web Summit that he envisions digital assets will become superior “transfer agents and stores of value.” Even with a thousand bitcoin clones, Draper believes quite a few of them will work together in the future, but if cryptocurrencies don’t become more simplified, they may not get adopted.

“They are all [Cryptocurrencies] going to interrelate, and there will be exchange rates for all of them,” Draper emphasizes.

My guess is that it will centralize around a wallet that you have, and when you pay for that Starbucks, your wallet will optimize to whichever currency has most value — If it doesn’t get simplified it won’t get adopted — good marketing people will simplify all use of these things.

Draper also believes there may even be coins based on individuals, and some that put “value on our time and attention.” The investor has always had a firm conviction towards his predictions, as Draper even wagered $400K that bitcoin would rebound after 2014’s slump. The venture capitalist’s wild-eyed forecasts seem a touch more believable these days as bitcoin’s market cap is only $45B away from reaching his 2014 outlook.

What will the ‘client of the future’ look like?