The Chicago Mercantile Exchange & Chicago Board of Trade otherwise known as CME Group announced its bitcoin futures specs this week. Alongside this, the Chairman Emeritus of CME Group, Leo Melamed, told press bitcoin is set to become a new asset class.

Last week news.Bitcoin.com reported on the world’s largest options and futures exchange CME Group launching its bitcoin-based futures before the end of the year. Now the company has released the BTC futures specs giving more details to how the fund will be traded. Contract specifications include a contract unit of five bitcoin defined by the CME CF Bitcoin Reference Rate (BRR). Product codes will be called “BTC BTIC: BTB” and trade alongside other options during the CME Globex and CME ClearPort trading hours.

“Trading in expiring futures terminates at 4:00 p.m. London time on last day of trading. Position limits and spot position limits are set at 1,000 contracts,” explains CME’s bitcoin futures specs. “A position accountability level of 5,000 contracts will be applied to positions in single months outside the spot month and in all months combined — The reportable level will be 25 contracts.” 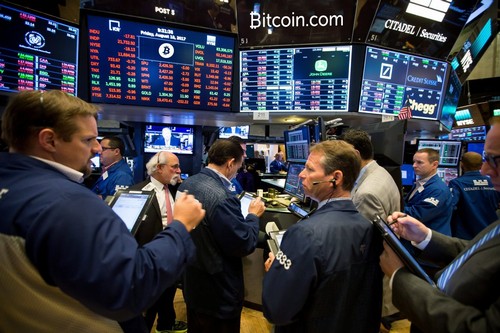 Investors will probably be interested in hearing about CME Group’s plans to create limits for bitcoin price fluctuations. According to the Wall Street Journal, the publication has seen documents that detail thresholds will initiate when the value of its bitcoin futures change by 7%, 13%, and 20%. “The first two thresholds for 7% and 13% moves are for “soft” limits, which could potentially trigger a two-minute pause in trading of bitcoin futures,” a person familiar with the matter explains.

The 20% limit is a “hard” cap on how far CME’s bitcoin futures could swing on any day. 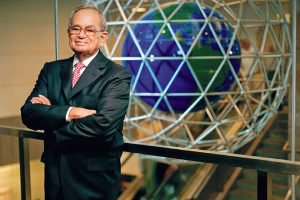 On the same day CME released its futures specs, the 85-year old Chairman Emeritus of CME Group, Leo Melamed, told Reuters bitcoin is becoming a “new asset class.” Melamed believes a large swathe of mainstream investors will be getting involved in bitcoin futures and even “tame” the decentralized currency’s markets.

“That’s a very important step for bitcoin’s history — We will regulate, make bitcoin not wild, nor wilder,” Melamed explains.

We’ll tame it into a regular type instrument of trade with rules.

The CME executive said at first he wasn’t convinced bitcoin had unique qualities, but it reminds him of when he helped launch the International Monetary Market currency futures trading back in 1972.

“The world in the 1970s didn’t look at currency trading as a valid instrument of finance. I too went from not believing in bitcoin to wanting to know more,” Melamed notes.

CME Group’s bitcoin futures markets will follow Ledger X’s lead as the firm just recently started swapping millions worth of bitcoin options. Additionally, the Chicago Board Options Exchange (Cboe) is preparing to jump in on bitcoin futures trading as well as the firm is eyeing the $1.6B in revenue opportunities. CME Group’s rival exchange, Cboe, has made an exclusive partnership with the bitcoin trading platform Gemini to capitalize on its bitcoin options markets.