The price of bitcoin reached an all-time high of over $8K per BTC across global exchanges on November 19. The bullish momentum pushed the price upwards nine days after the Segwit2x working group canceled their efforts to fork the network.

Bitcoin Reaches an All-Time High of Eight Grand Per BTC

Bitcoin (BTC) markets have been surging today and surpassed $8K per BTC on November 19, 2017, at approximately 1:00 pm EDT. The price spiked just nine days after the Segwit2x working group canceled the 2MB hard fork. This past weekend bitcoin’s value dropped below the sub-$6K region, after experiencing an interesting market correlation with bitcoin cash (BCH) markets. At the time BCH markets reached an all-time high of $2400 per token, but the tables have since turned. Bitcoin’s value started riding back up on November 14 and has continued to rise since. BTC trade volume is extremely high as roughly $2.8B worth of BTC has been traded over the past 24-hours. Over the course of the past 12 hours, bitcoin markets are up 10 percent while altcoins are seeing percentage increases as well. A few days before, the digital asset came awfully close to the $8K region twice but stopped short at $7,997. 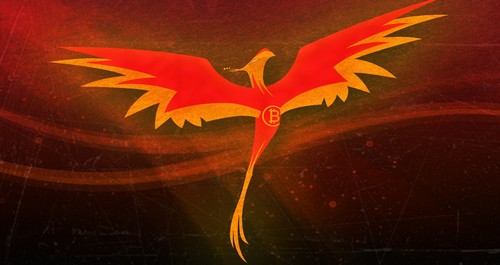 Right now technical indicators show some resistance above $8,200 range, and there may be a touch of sell off at this vantage point. The 100 Simple Moving Average (SMA) is still well above the long-term 200 SMA, as both trend lines have remained consistent since our last price analysis. This means after breaking some upper resistance, the path to the upside will likely keep steady with these two trend lines spread. Oscillators such as the RSI show oversold conditions, while the Stochastic shows more upside possibilities. Order books show after moving past the $8200 territory, the price could easily see some smooth sailing to the $9K region. Fibonacci retracement at 61.8 indicates a high of $8700 is obtainable in the short term. If the price experiences some extreme sell-off after the $8K highs, then prices could find a home back in the $7600-7800 territory. 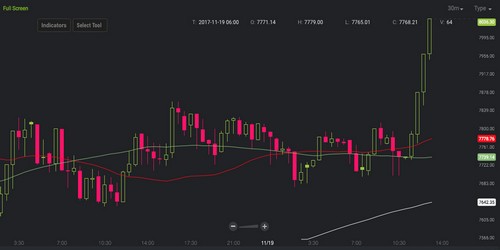 Community Sentiment Seems Positive, but What Else Is in Store for Bitcoiners?

Bitcoin’s market spike hasn’t been the only metric showing optimism, as last week’s announcement canceling Segwit2x threw crypto-enthusiasts into a tizzy. Overall the bitcoin ‘community’ on both sides of the scaling debate seemed pleased with the decision to cancel Segwit2x. Of course, NO2x supporters were happy, but even bitcoin cash (BCH) fans celebrated the fork being canceled. As one BCH supporter said, “guys, seriously, this is great news for both BTC and BCH.”

We now have a healthy competition for the two “opposite” scaling solutions: on-chain and off-chain.

Since then the debate is a bit quieter, but it has sparked back up a hair during the BTC/BCH market rivalry this past weekend. Moreover, there have been many complaints surrounding the BTC chain’s network congestion this week. Skeptics believe many Segwit2x supporters moved their positions to bitcoin cash, and the significant transaction backlog and high fees last week made things worse. Following the bitcoin cash hard fork on November 13, speculators now believe the two opposite scaling solutions will indeed have “healthy competition.” Additionally, the world is witnessing the cryptocurrency phenomenon grow larger every day as the entire digital asset ecosystem is around $226B, swapping over $12B worth of digital assets daily.

Now as bitcoin enjoys being above $8K for the first time, many bitcoiners are wondering what else is in store for the decentralized currency. Quite a few bitcoin supporters are excited to see what happens to bitcoin markets once CME Group launches its futures market for mainstream investors. While other cryptocurrency fans look forward to the decentralized currency disrupting the old financial methods of the past, such as central banking and its tethered hyperinflation. Confirmation of this can be seen vividly as failed monetary policy is causing the citizens from countries like Zimbabwe and Venezuela to flock towards bitcoin’s valuable attributes.

One thing is for sure, as many bitcoiners can attest — There’s never a dull day in Bitcoin-Land!