The net worth of Mark Karpeles could run into the hundreds of millions of dollars thanks to a 200,000 stash of bitcoins the disgraced CEO is still sitting on. Those coins are the subject of ongoing legal proceedings in Japan which could see claimants receive less than $500 per coin for their losses. With over $1.4 billion worth of bitcoins on the line, the beleaguered Mt Gox boss has been the subject of fresh vitriol.

Mark of the Devil 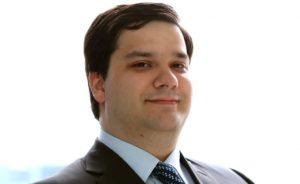 Mt Gox: two words that many early bitcoin adopters still shudder to hear. One of bitcoin’s most notorious bête noires, Mark Karpeles has been persona non grata ever since the exchange collapsed in 2014. Since then, customers who lost their holdings in what was the world’s largest bitcoin exchange have been pursuing Karpeles and his failed company through the courts. Mt Gox famously shut down after conceding that 850,000 bitcoins had been stolen, but later ‘discovered’ 200k of them in the manner that one might discover some spare change down the back of the sofa.

The ownership of these bitcoins is hotly disputed, with former customers of the exchange adamant that this stash belongs to them and insisting that they should be recompensed to the fullest extent possible. At present however those coins are under the control of a company overseen by none other than Mark Karpeles. With bitcoin having risen approximately 17 times in value since the Mt Gox days, Karpeles theoretically has enough funds to pay back every customer who lost out – but only to the original dollar value of their lost bitcoins.

The bumbling CEO of Mt Gox repeatedly lost thousands of bitcoins due to hacks, incompetence and deception during his tenure. Remarkably though, Karpeles seems to have had no trouble in clinging on to the remaining 200,000 bitcoins for the last three years. With bitcoin now north of $7,000, Karpeles is in no hurry to relinquish his remaining stash if he can help it. In court, the Frenchman stated that it is common practice for bankrupt companies to sell off their assets at a large discount.

This raises the possibility of large tranches of the coins being dumped onto the market by liquidators. The prospect of this impacting market prices, however, seems unlikely. Such concerns were raised after the FBI seized 144,000 bitcoins from Silk Road boss Ross Ulbricht in 2013, at a time when the bitcoin markets had much less liquidity. The feds eventually auctioned off the coins, including one batch of 44,000 bitcoins, which made their way back into circulation without incident.

During his tenure at Mt Gox, Mark Karpeles grew accustomed to living the good life, splashing the cash on personal indulgences and vanity projects. Prosecutors assert that as much as $3 million of customer funds was lavished on servicing the lifestyle of the man once known as Magical Tux.

When the dust has settled after the long-running trial and creditors have been (partially) paid back, the remaining assets will likely go to the shareholders of Mt Gox. Its largest shareholder? Mark Karpeles. If the fallen CEO were to walk away with hundreds of millions of dollars, it would stick in the craw of Mt Gox’s customers, as if they needed another to hate the former Bitcoin Foundation member. Whatever the outcome of the Mt Gox trial, it appears the only real winner will be Mark Karpeles.