According to reports from a few news outlets, social media platforms and online forums a new bitcoin mining rig called the “Dragonmint” is joining the bitcoin mining environment in 2018. The machine’s creators claim the device is 30 percent more efficient than current ASIC models on the market.

In 2017 there’s been a lot of talk about new mining technology and powerful chips below the 16nm standard, but really no show. The 16nm semiconductor fabrication utilized within the Bitmain Antminer S9 and the Avalon Miner 741, are still currently two of the best performing machines on the market. The Japanese company GMO Internet plans to produce 7nm semiconductor chips for bitcoin mining soon.

Now the Dragonmint 16T miner produced by the firm Halong Mining is calling itself “the world’s most efficient Bitcoin miner,” even though it has yet to be sold on the open market. According to a report written by the journalist, Aaron van Wirdum, the Dragonmint miner boasts “newly designed chips” and is “30 percent more energy efficient” than the Antminer S9. The Dragonmint development team claims the model’s hash power produces around 16 THS. 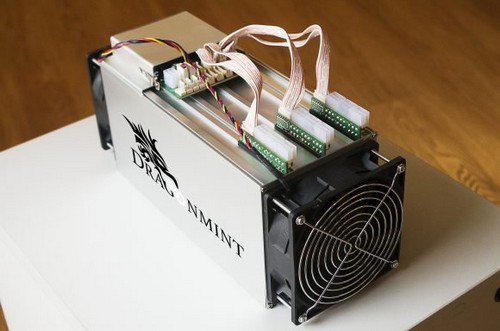 In that report, the project is said to run by the pseudonymous bitcoin developer, Btcdrak, who says he wants to bring more “competition” to the mining rig manufacturing environment. On the company’s website, the new chip technology claims to be based on DM8575 ASIC chips which achieve 85 GHS per chip, alongside 0.075 J/GHS of power efficiency. The company details the miner is the “first step in a long strategy” which began in 2016. Over 100 experts helped with the project, explains Halong Mining, including software developers and chip designers.

“The project is motivated by, and driven to help facilitate greater decentralisation in Bitcoin mining at all levels, and make sha256 great again.” 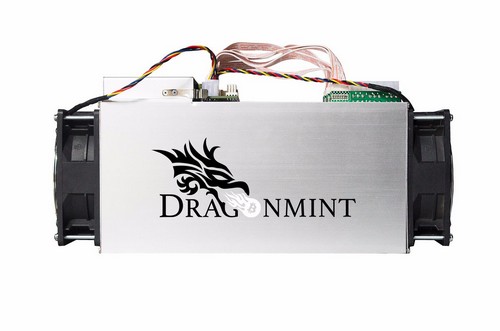 There’s not much about the company online except yesterday’s burst of social media shares, articles, and forum posts. When the announcement first came out, people assumed the project might be sketchy as it looks like a photoshopped version of the S9. Unfortunately, the bitcoin community is plagued by these types of phony miner companies who use pictures of miners produced by other businesses. However, on the same day the Blockstream CEO, Adam Back vouched for the company’s miner using his Twitter feed.

“Jan Čapek is CEO of Slush pool, the first and longest-running bitcoin mining pool — They took the video demoing a Dragonmint miner. Marek “Slush” Palatinus, and Pavol Rusnak seen above,” Adam Back tells his Twitter followers.

However, the IT Architect of Satoshi Labs, Marek Palatinus, didn’t appreciate being associated with Halong Mining in Back’s tweet. “Me, Trezor or Slush Pool or any other people mentioned in the tweet are NOT anyhow related to Halong Mining,” emphasizes Palatinus to the Blockstream CEO. Palatinus then asks Back to remove the tweet, and Trezor CTO Pavol Rusnak also tells him to delete the tweets tags.

“Please remove me from your tweet, I was not present during the filming,” Rusnak exclaims.

Adam Back then apologizes for his tweets by saying, “Jan Čapek demoed a unit — That is it — Halong Mining is a separate company and unrelated to Slush or Trezor companies — Sorry for the confusion if people inferred more by tagging.”

Besides the announcement and Adam Back suddenly vouching for a new mining company the price of the Dragonmint 16T is $1,595 USD but you have to purchase a batch of five or more. The company also sells a 1600W power supply unit (PSU) and state that both the PSU and Dragonmint’s will not ship until March 2018.