The Bitcoin Cash (BCH) blockchain is now less than two years away from its next block reward halving. Current statistics show the BCH chain will halve its reward from 12.5 BCH to 6.25 BCH on or around April 6, 2020, and with more than 80 percent of BCH now in circulation, when the next halving takes place the decentralized asset will be much harder to obtain.

Bitcoin Cash has great worth to a lot of digital asset proponents and the cryptocurrency has gained in value tremendously over the past nine months. One benefit that BCH advocates appreciate is the fact that the currency has digital scarcity. There will never be more than 21 million BCH in existence and right now there is a circulating supply of 17.1 million. More than80 percentof BCH has been mined into existence since the end of April and the BCH hashrate has been around 3.5 to 4.5 exahash per second. At this speed alone, with just 13 mining pools, the next halving date will be on or aroundApril 6, 2020. After this date, BCH miners will lose half the current block reward (12.5 BCH) and receive 6.25 BCH and fees per block mined.

The Bitcoin Cash (BCH) protocol is set to halve its block reward on or around the year 2020 depending on hashrate speed.

Many cryptocurrency enthusiasts appreciate the fact that BCH will grow gradually harder to obtain over time due to Satoshi Nakamoto’s built-in supply limit, which introduced a different kind of ‘digital scarcity’ — one that’s backed by the Bitcoin Cash hashrate. This day in age, with computer files like MP3s or JPEGs, we typically think about these digital items differently because they are easily duplicated. The decentralized currency BCH cannot be duplicated so easily, as it’s re-enforced by 3.5 to 4.5 exahash of power validating all the ledger transactions. The system keeps miners sincere because they are economically incentivized to stay honest, unlike traditional systems and public officials trusted today. As time goes by and the mining hashrate continues to increase, the BCH network becomes much more expensive to besiege by making a 51% or double spend attack harder every passing day.

No More Quantitative Easing or Bailouts

Digital scarcity makes Bitcoin Cash far more valuable than the fiat notes printed by governments and central banks because the code does not allow for mass fiat printing and quantitative easing. The U.S. dollar, for example, has been devalued considerably over time making it lose purchasing power year after year. Extreme USD printing began after the adoption of the Bretton Woods system, throughout the eighties and nineties and then with the bailed-out banks who received billions of printed dollars after the 2008 ‘economic crisis.’ Bitcoin Cash will always be finite and allow users to conserve or spend, because their ownership is defined by a protocol that continues to strengthen its security daily. There is no monetary system out there that allows for true transferable digital value like Satoshi Nakamoto’s clever invention.

Satoshi put a cap on the supply for a reason and this can be seen in the genesis block’s famous text.

After April 6, 2020, in another four years or less the reward will again halve, and continue to halve until the last coins are found on or around the year 2140. Halvings in the past have shown consistent price rises following these events, which confirms proponents appreciate the genius of Nakamoto’s digital scarcity. Sending people a nice fraction of BCH is cool, but people will also admire how scarce the decentralized asset is unlike the devalued fiat currencies in their wallet.

What do you think about the Bitcoin Cash halving that takes place every four years? Let us know your thoughts on the subject of digital scarcity in the comments below.

Images via Shutterstock, Fork.lol, and the UK Times 2009. 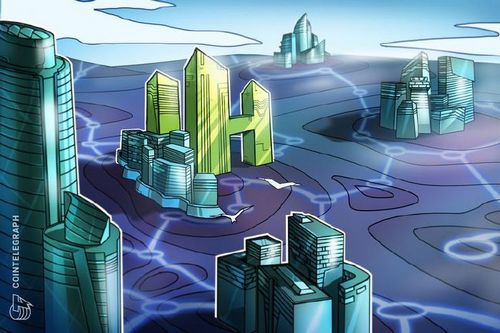