If you’ve tired of trying to red-pill your mom on bitcoin, and your mailman isn’t feeling your frequent pitches on decentralization, perhaps it’s time you relocated elsewhere. A place where your enthusiasm for all things blockchain will be met with enthusiasm rather than nonplussed stares. San Francisco, New York, and London can sit this one out: their level of bitcoin-friendliness is already established. Cast your gaze further afield and you’ll find districts, both urban and suburban, where bitcoiners reign supreme.

You Came to the Right Neighborhood

Where there’s high speed internet, there’s bitcoin devotees. How else are you supposed to download the entire blockchain and run a masternode? Nomad List ranks global cities by a range of metrics including rent, safety, air quality, and internet speed. While few cities can compete with Kansas and its god-tier 150 mbps, Singapore and Bucharest come pretty close.

With its grand 17th century houses, traditional crafts, and riverside gardens, Portsmouth doesn’t look like a hotbed of cryptocurrency adoption. It turns out that the entire state’s 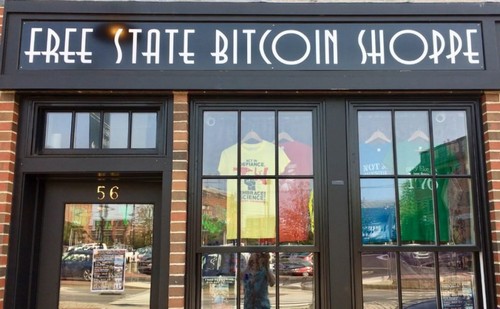 big on bitcoin however, with doomsday preppers and survivalists seeing New Hampshire’s sprawling wilderness and snow-capped peaks as the perfect place to lay low and stock up on canned goods in readiness for the coming apocalypse.

20,000 members of the libertarian Free State Project have pledged to move to New Hampshire in the coming years. Its HQ is the Free State Bitcoin Shoppe in Portsmouth where your filthy fiat’s no good – it’s crypto only. The state also features a farm which sells its beef for bitcoin and numerous shopkeepers accept the virtual currency with the aid of the Anypay app.

Just a stone’s throw from Amsterdam’s Sex Museum lies the Bitcoin Embassy, a community hub where bitcoin evangelists gather to worship. Open daily from Tuesday to Saturday, it’s frequented by developers, startups, investors, entrepreneurs, and curious passersby. There’s a Bitcoin Cafe, Box Shop, and Bitcoin Restaurant complete with its own mining rig. The city is also home to the bit4coin exchange and has spawned numerous crypto startups and ICOs.

Overlooking the Irish Sea is Douglas, the quiet capital of Britain’s Isle of Man. Despite having a population of just 26,000, the town’s got its own bitcoin bar, The Thirsty Pigeon, and is home to the island’s only noodle bar – which also happens to take bitcoin. There’s another reason why Douglas is bona fide bitcoin-friendly: the island’s regulatory framework allows cryptocurrency gambling and token sales to flourish. The Isle of Man is home to 25 bitcoin-related startups, causing it to be dubbed Bitcoin Island.

With its mixture of students, geeks, cyberpunks, and bohemians, Berlin was always going to rank highly on the bitcoin scale. Kreuzberg is Berlin’s bitcoin heartland however, a district that boasts the highest concentration of merchants that accept the digital currency. Room77, the “restaurant at the end of capitalism” perfectly encapsulates the ethos of the city’s most ardent bitcoin believers. As news.Bitcoin.com previously reported, it was the site of the first real-world Lightning Network transaction, which was used to purchase – what else? – beer.

Japan can lay claim to being the world’s most bitcoin-ready country, with thousands of stores accepting the digital currency and a string of bitcoin ATMs to be found within major metropolises. Ginza, Tokyo’s upscale shopping and dining district, welcomes bitcoin-users seeking to buy or spend the cryptocurrency. There’s a bitcoin ATM in The Snack coffee bar, where you can also pay for your meal in BTC, while a ten-minute walk away lies the popular Numazuko Sushi Bar, where your bitcoin and bitcoin cash are also welcome. Afterwards, pop into Ginza’s Megane Super opticians for a new set of specs and put the bill on bitcoin. 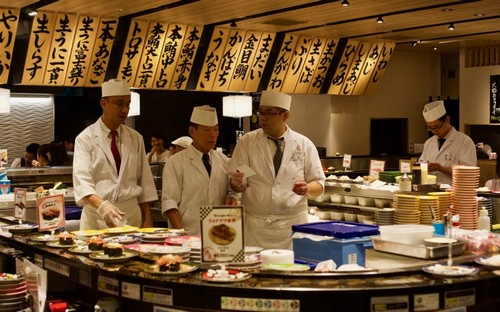 The Chinese government hasn’t exactly welcomed bitcoin with open arms, but has yet to issue an all-out ban. If you’re a Chinese resident seeking like-minded souls, Ngawa (Aba) Tibetan and Qiang Autonomous Prefecture should be the next place you lay your hat. You’ll struggle to find anywhere that accepts bitcoin round here – more than 10% of Ngawa’s 70,000 residents are Tibetan monks, who aren’t known for their tech-savviness.

Nevertheless, close by lie many of Sichuan’s crypto mining operations which feed off the province’s cheap hydro power. Chilling in a noisy and dirty mining farm isn’t anyone’s idea of libertarian paradise. Still, if you want to get intimate with bitcoin, heading straight to the source is as close as it gets.

There’s still a long way to go until bitcoin acceptance is the norm and cryptocurrency neighborhoods have sprung up across the globe. For those who seek a place to spend, talk, and revel in all things bitcoin, however, there are scattered outposts where your satoshis are good and your radical views on decentralization are welcome.