The Russian Association of Blockchain and Cryptocurrency has conducted a study to determine the best location for cryptocurrency mining in the country. The best region found is a major transport and distribution center as well as a transit hub with cheap electricity. Currently, there are very little crypto mining activities in that area. 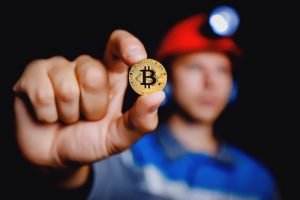 The Russian Association of Blockchain and Cryptocurrency (RACIB) has conducted a study of the attractiveness of Russian regions for cryptocurrency mining, local publications reported on Monday. This association was formed to unite blockchain participants as well as owners, miners, and investors of cryptocurrencies and initial coin offerings (ICOs). Its formation was as announced in August by President Vladimir Putin’s adviser on Internet issues, Herman Klimenko. The association’s president, Yuri Pripachkin, told RBC that:

The association compared the regions by such parameters as the cost of electricity, the availability of free reserve capacities, logistics accessibility and the development of telecommunications infrastructure.

According to its findings, the Krasnoyarsk Territory scores the best overall. Krasnoyarsk is the largest territory in the Russian Federation and the second largest federal subject. Its area spans 2,339,700 square kilometers, or approximately 903,400 square miles. Its administrative center is the city of Krasnoyarsk, the third largest city in Siberia with a population of about 1 million. 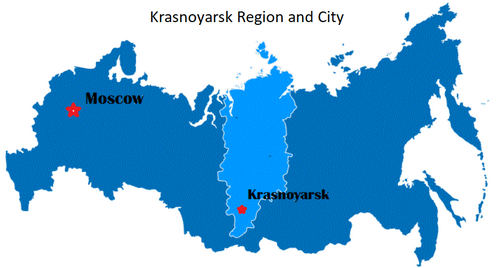 “The cost of electricity in this region is 2.41 rubles per kW/h,” the news outlet wrote, which is worth about four US cents. Even though this region scores the best overall, it does not have the cheapest electricity. Two regions nearby have cheaper electricity: Khakassia (2.01 rubles) and Irkutsk (2.14 rubles).

In terms of logistics and telecommunications capabilities, three cities in the Krasnoyarsk Territory score the best: Krasnoyarsk, Divnogorsk, and Zheleznogorsk, the news outlet detailed. In addition, water from the Yenisei River water can be used as a coolant for the mining farms.

Pripachkin explained that the energy reserves of the Krasnoyarsk Territory are 9,000 MW. Citing that the region is also a major transport and distribution center as well as a transit hub to the Siberian Federal District, he elaborated:

Despite favorable conditions, almost no one is engaged in mining in the Krasnoyarsk Territory. The main farms in Russia are located in Moscow, Leningrad, Novosibirsk, Irkutsk, Sverdlovsk, Tomsk, Chelyabinsk, and Tatarstan.

Other locations with favorable mining conditions, according to RACIB’s research, include the city of St. Petersburg and the Nizhny Novgorod, Rostov, Samara, Sakhalin, Khanty-Mansiysk Autonomous Okrug and Tula regions.

Recently, news.Bitcoin.com reported on the governor of the Leningrad region inviting cryptocurrency miners to set up mining farms in its new technopark. In addition, RACIB revealed last week that 40 companies from China and the European Union have applied to set up mining equipment to mine bitcoin in Russia.