Forget about technical analysis, charting, or market psychology. There’s a new way of predicting the fate of bitcoin that doesn’t involve busting out the bollinger bands or discerning cup-and-handle patterns. The name for this cutting-edge price predictor? Astrology.

Astrology is almost as old as the stars themselves, but it continues to live on, despite the invention of more contemporary prediction tools, like science and mathematics and psychology. Astrologist Ekaterina Vasyanova purports to be able to discern the future of bitcoin based on her analysis of thousands of natal charts and body graphs. It all sounds very hocus pocus, but according to the “Scientific astrology school” graduate:

A system based on astrology cannot predict the certain price of currency. But it can accurately forecast its dynamics during certain periods.

The bitcoin price will fall after February 18, 2018 and a new cryptocurrency will emerge in late 2019 or early 2020 to take its place.

“Well, duh” will be the most common response to this. There’s a shitcoin born every five minutes, while the bitcoin price rises and falls every second, hour, month, and year. Neither of these things is remotely novel, until another phrase is dropped into the mix – quantum physics.

In reaching her conclusions, Ms Vasyanova professes to have combined conventional astrology with quantum physics, based on the annual cycles of bitcoin. If you’re wondering how the cycles for an intangible decentralized ledger are calculated, the answer is simple: by starting them from August 18, 2008, the date when bitcoin.org was registered. The astrologist’s full findings are laid out in a detailed article, albeit one which doesn’t contain much in the way of quantum physics. 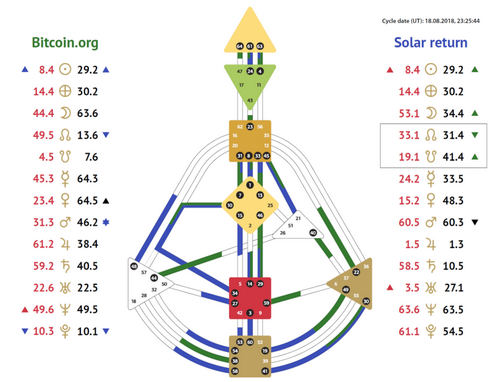 Bitcoin to the Moon? It’s Written in the Stars

Other prescient predictions made Human Discovery Platform’s resident astrologist include the following, which have arguably already come to pass:

May-August 2018: Bitcoin “will become a part of the global financial system”.

November 2018-February 2019: The crypto community will “not be satisfied” with state restrictions.

The report continues in that fashion right into 2020, for those who care to glean vague long-term market predictions. While most people will laugh off the entire story, if bitcoin bombs dramatically after February 18th and stays in the doldrums for another six months, Ms Vasyanova can consider herself fully vindicated. 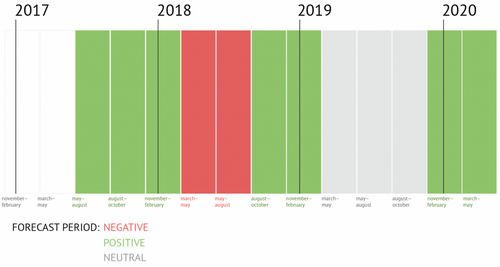 Commenting on the feasibility of bitcoin astrology is beyond the remit of news.Bitcoin.com. However, one matter that should be pointed out is that Human Discovery Platform, to which Ekaterina Vasyanova is affiliated, just so happens to have its token sale starting in a week. It’s a happy coincidence that no amount of star-gazing could have predicted.

Speaking of coincidences, the period starting November 2019 which the astrologist spoke so optimistically of falls a month after Human Psychology aim to release their MVP, powered by their HD token. Could this be the “new cryptocurrency” that quantum physics and advanced astrology foretold?

Most bitcoiners will give short shrift to astrological mumbo jumbo, but traders can be a superstitious bunch, it should be noted. Assertions that can be found doing the rounds include the notion that a new moon is good for the markets whereas a full moon is extremely bad. Going by that reasoning, could the close passing of Jupiter and Venus in the past 24 hours represent the intertwined fates of bitcoin and bitcoin cash? It’s all starting to make sense now.