Russia’s deputy finance minister has suggested that the name of the country’s national cryptocurrency should be changed from “cryptoruble” to “cyber-ruble”.  He is expecting “a large-scale correction” of bitcoin’s price and hopes to see a decline in interest in the cryptocurrency. Meanwhile, the first proposal for the cryptoruble has been submitted. 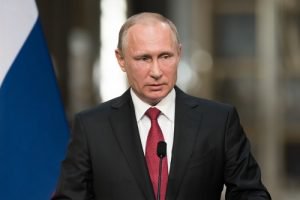 On Thursday, Tass reported Deputy Finance Minister Alexei Moiseev saying that it is more appropriate to use the term “cyberruble” than “cryptoruble” since “it is about the development of the electronic ruble.” He said:

I think that when they talk about cryptorubles, they mix things up a bit, I think, it’s more customary to call it a cyber-ruble.

Co-founder of the investment company Exante, Anatoly Knyazev, commented on the issue, BFM reported on Thursday. While noting little difference between the two prefixes, he emphasized the importance of the political ties behind the word “crypto” rather than its technological meaning. He elaborated:

Cyber-ruble probably has fewer negative connotations and anarchist-freedom-loving meaning than does cryptoruble, and perhaps that’s why I want to move on to a new term.

The first proposal for the Cryptoruble has already been submitted by Russia’s Minister of Communications and Mass Media, Nikolai Nikiforov. His ministry has prepared a government decree which defines the technological process of issuing the cryptoruble. 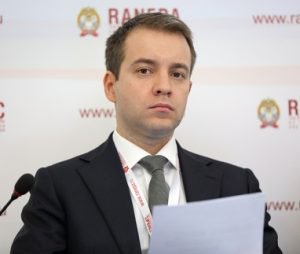 “These are technological proposals,” Nikiforov was quoted by Interfax. “Government decisions to implement a cryptocurrency will not be enough; changes in legislation will be required,” the publication conveyed his explanation. “We have a draft resolution, within which we propose certain rules, how this kind of technology could be introduced into legal circulation on the territory of Russia.” he detailed.

Qiwi Group CEO Sergei Solonin was present at the meeting between Putin and top regulators when the decisions to issue the cryptoruble was made. He said that the cryptoruble must compete with cash, Ria Novosti reported. He then explained that if it does not, then “I do not see what its competitive advantage will be compared to other electronic currencies,” adding that:

If you do not give it the properties of cash and do not try to replace cash with the cryptoruble, then it’s pointless. 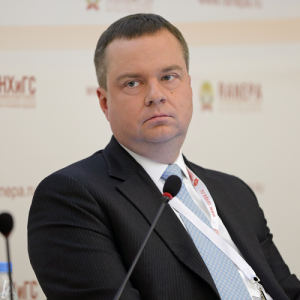 Moiseev also said on Wednesday that he expects “a large-scale correction” of the price of bitcoin, Ria Novosti detailed.

“Of course, I believe that all these [bitcoin] investments are becoming more and more risky,” he asserted. “Taking into account the fact that the rate has already hit 7,000 dollars, I, of course, expect that a large-scale correction of the course, and people will lose a lot of money that they invested in bitcoin, maybe I’m wrong.”

He was then quoted by the publication:

I would like to see a decline in interest in simple cryptocurrencies, simple in the sense of those that are emitted for the sake of emission. Bitcoin is a classic example of this.