Back in August of 2016, a paper named after the Harry Potter movie series called “Mimblewimble” was proposed to the bitcoin community. The concept aims to offer “near complete” bitcoin transaction anonymity and the project has intrigued many cryptocurrency enthusiasts for quite some time. The development team behind the project has announced that an early version of the Mimblewimble platform is now being tested on the Bitcoin testnet. 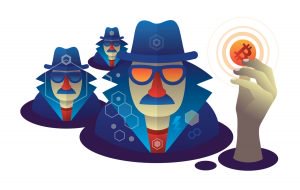 One of the holy grails for many bitcoiners is transacting with the decentralized currency in a completely private manner. There are many projects being built on the Bitcoin network, and within the altcoin space that attempt to provide stronger anonymity such as Tumblebit, and other methods of privacy. Last year a developer who uses the pseudonym, “Tom Elvis Jedusor,” introduced the Mimblewimble paper which supports the concepts of both Coinjoin and Confidential Transactions.

Essentially the protocol adds a cryptographic ‘blinding factor’ to a bitcoin transaction’s input and output values which obfuscates the transaction’s destination and the sum of funds sent. Now the development team has announced that Mimblewimble is being trialed on the Bitcoin testnet and developers can build their own nodes which connect to what’s called the “Grin network.”

One of the project developers, “Windsok,” details on Github that it’s too early to claim which operating systems (OS) support the node build. Most of the testing is happening on Linux, and while Mac OS is known to work there are some “slight hiccups.” As far as Windows the project can compile, but support is not yet known and the development team is not focused on this OS at the moment. Build prerequisites include a Github repo, cmake 3.2 or greater, and the Rust programming software. After all the prerequisites are met, the Mimblewimble repo gives a developer a step-by-step walkthrough on how to create the protocol.

At the moment the project is being used with testnet coins and the development team is hoping programmers can sort out the early bugs. According to the Github issues page, the Mimblewimble testnet has been quite active since the announcement, and individuals are finding bugs while also suggesting enhancements.

Mimblewimble’s developers say the technology not only adds privacy, but could help with blockchain scaling as well. Although, there’s also talk about a significant disadvantage to Mimblewimble, because it removes scripts from transactions. Bitcoin transactions contain scripts (a simple programming language) embedded into inputs and outputs that are assessed when a transaction is confirmed, and these scripts must be verified as true. Developers are trying to figure out a way to bypass the removal of transaction scripts, or figure out if script support is possible; which is probably why the testing is using the Grin network. In the future after further development, Mimblewimble will likely operate as a sidechain, which is a separate network that will be tethered to the bitcoin blockchain for cross-platform compatibility.

Unilever among brands in new council to clean up digital marketing