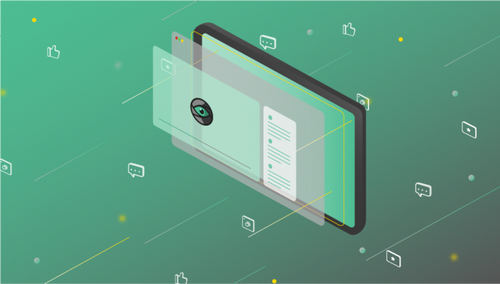 The Spectiv VR Alpha 1.0 supports VR content viewing, uploading, and account management. Partnered content creators are currently in the process of uploading over 1000 unique VR experiences to be enjoyed on the Spectiv platform. Among these creators, Spectiv is partnered with Blend Media www.blend.media, the largest network of professional 360-video content producers in the world. The Spectiv VR platform has already engaged over 50 different content creators who have over 3 million combined subscribers and over 20 million YouTube views. New users who own mobile-powered headsets like Google Cardboard are able to enjoy Spectiv content in fully immersive virtual reality. Viewers who don’t have such hardware will still be able to engage with scrolling 360-video experiences from their desktops/mobile devices.

The Future of Spectiv VR

Minor updates to be expected within 2017 include detailed analysis dashboards for content publishers and interactive notifications/activity feeds for viewers. Major updates to the Spectiv VR platform will include Signal Token integration, advertising within videos, and live streaming functionality. Once Signal Tokens are distributed, Spectiv VR publishers and advertisers will be able to engage with the decentralized advertising protocol. This will occur through 2D video/still image ads embedded within Spectiv VR experiences. Additionally, users on the Spectiv VR platform will be able share tips and purchase premium content with their Signal Tokens. After this, Spectiv’s primary focuses will be updating the Signal Token Protocol to accommodate for viewer/curator rewards and building out a robust VR live stream delivery system.

Spectiv is the creator and first adopter of the Signal Token Protocol. This protocol decentralizes the interaction between advertisers, content publishers, viewers, and curators. Using the Signal Token Protocol, advertisers can initiate Ad Campaign Smart Contracts that autonomously reward users for driving attention to advertisements. Every ad view and click that occurs is communicated to the Ad Campaign Smart Contract, triggering a token reward disbursement. This is an open-source protocol built for any media platform to implement. Spectiv will pioneer this protocol through its own media platform, Spectiv VR. This will provide a crucial real-world foundation for other platforms to learn from and build upon.

Signal Tokens can be purchased in our Pre-ICO December 8th 2017, with early bird bonus opportunities for qualifying participants. The sale will have a maximum expected receipt of $40 million in Signal Tokens, priced at 650 Sigs/Eth. This open sale will be hosted at www.spectivvr.com

Sign up for the email list for whitelist access to the pre-ICO token sale which will be held prior to the open sale on December 8th. Reach out to info@spectivvr.com for early token purchasing inquiries.