Turkish police are toasting their success after capturing an enterprising gang of crypto kidnappers. Their targets were major bitcoin holders. The quintet were caught as they prepared to pounce on their second victim, having already extorted 450 bitcoins, worth U.S. $3.3 million, from a wealthy businessman.

The incident took place in Merter, a suburb in the west of Istanbul. As the country’s Habertürk newspaper reports, the audacious gang followed their first victim to his car before kidnapping him, laptop and all. They then pressurized the man into parting with 450 BTC. The ordeal lasted for eight hours, during which the victim was detained in a minibus and threatened with violence.

The criminals evidently weren’t very good at covering their tracks, both in the real world and online, and police were called to investigate after the shaken victim filed a complaint. After identifying the gang members, Turkish police launched a surveillance operation which included covertly filming the five-some as they went about their business. 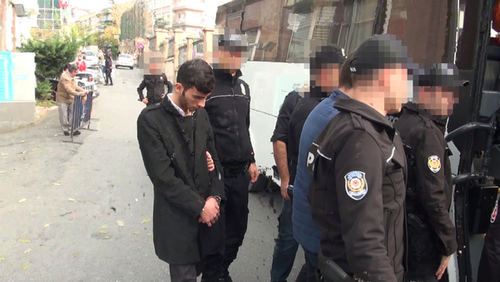 One of the gang members is led away.

In addition to conducting real-world surveillance, cybercrime officials followed suit, watching the flow of stolen coins as they passed through the blockchain. Police then launched a sting operation and succeeded in catching the culprits red-handed as they were preparing to kidnap their second victim. Turkish justice is swift and draconian, with a report stating that one of the ringleaders has been convicted of extortion and sentenced to 30 years in prison. 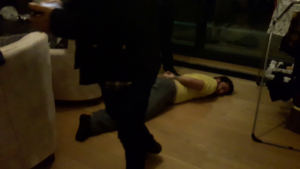 It appears the gang targeted their first victim after seeing social media posts in which he showed off his luxury lifestyle and posed alongside his beaming new fiancée. As cryptocurrency holders the world over are starting to learn, it’s prudent not to flaunt your wealth. Bitcoin doesn’t attract criminals – money attracts criminals. As the price of bitcoin continues to rise, the need to keep crypto portfolios locked down and low-key heightens.