Oslo Bitcoin Meetup, an annual gathering of like-minded cryptocurrency enthusiasts, has announced a name change. The group shall henceforth be known as Oslo Bitcoin Cash Meetup to reflect its founders’ newfound appreciation for the revitalized bitcoin fork. The fourth meetup of the Norwegian group will take place on November 24th under the BCH banner. The name might have changed, but the plan – drink beer and talk crypto – remains unchanged.

When the blockchain forked on August 1, all bitcoin holders received an equal distribution of bitcoin cash. Attendees of the Oslo Bitcoin Cash Meetup can look forward to enjoying 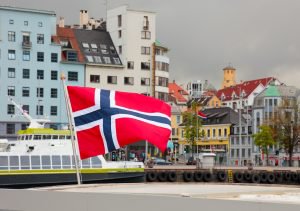 free beer paid for those same free coins. Organizer Stein Ludvigsen has created a dedicated BCH wallet for the event to serve as a “global fundraiser” for the meetup’s beer purchases. The cryptocurrency enthusiast has generously put in almost 0.3 of his own BCH, and the pool has since doubled in size. In a country where a beer costs around US $9, that’s a gesture that all bitcoiners can get behind.

It is hoped that even sceptics of bitcoin cash will be able to put their doubts on hold for an evening, if only to quaff some pints and debate scaling solutions. All are welcome, including:

Cryptocurrency meetups have sprung up all over the world, with the number and frequency of the events increasing in line with a growing interest in all things bitcoin. They provide a valuable opportunity to take the digital currency into an analogue space, and to meet, educate, and debate other bitcoin believers.

Bitcoin cash is experiencing a string of endorsements and widespread adoption, aided by low transaction fees and faster transaction times. BCH donations via Reddit’s Tippr bot have soared and Air VPN is the latest company to accept payment in bitcoin cash, joining other vendors such as forex broker SimpleFX and P2P marketplace Openbazaar.